Friday the 13th 2019: Five Slasher Movies Based on the Spooky Day That You Can Watch If You're Up for a Weekend Full of Scares 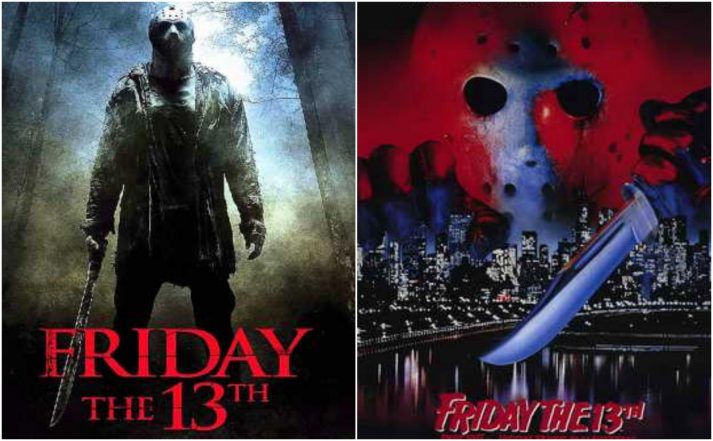 Friday the 13th is here and check out some of the movies based on the dreaded day. (Photo Credits: Twitter/Instagram)

Over the year, the 'Friday culture' as we call it has become a thing. Most people who work over the weekdays look forward to Friday considering it is the last day before the weekend begins. Although, not all Fridays are about the happy vibe. Friday the 13th is considered to be a spooky day and in many cultures, it is even considered to bring bad luck. From supernatural elements being more active on the day to it being referred to as an inauspicious day to start anything new, there are several theories about why Friday the 13th is feared. Friday the 13th Dates in 2019: Which Month Will We See The 'Unlucky Day' This Year? Know The Previous and Next Occurrence.

While many believe the day to be spooky, much of it is because Hollywood has made a franchise of slasher films based on Friday the 13th. The American franchise consists of twelve slasher films and fans have debated over the years about which one remains the best. The first Friday the 13th film released in 1980 and soon the concept picked up and made way for several sequels. Here's looking at the best films from the franchise.

This 2009 reboot is one of the best films from the franchise. This film does have a better plot than the first film and the sequels. Directed by Marcus Nispel and written by Damian Shannon and Mark Swift, it starred Jared Padalecki, Danielle Panabaker, Derek Mears in lead roles. This is considered to be the best Friday the 13th movie by netizens. While critics hated it, the film has managed to become a cult now.

Jason X is a 2001 science fiction/slasher film, and the tenth in the Friday the 13th film series, starring Kane Hodder as the undead mass murderer Jason Voorhees. Despite the film's disappointing cast, it is the perfect slasher movie for day that is considered to be spooky. While it is not a horror film, for those who can't deal with films with bloodshed, this is a serious no-no.  Friday the 13th: Meaning, Origin and Story Behind the Superstitions of This Unlucky Day.

The 9th film in the franchise, the film revolves around Jason Voorhees, the undying serial killer is back at Crystal Lake. Jessica, the last remaining descendant of the Voorhees family is the only person who can kill Jason before he becomes immortal. The killings are few in this one and hence those who are a little faint-hearted can catch this one without having to shut their eyes.

The original and the first movie of the franchise surely hasn't aged well and while the acting and the sets may seem funny now, given the technological advancement, when it comes to setting a trend for Friday the 13th as a slasher movie day, this is the pioneer. This will not scare you but definitely entertain you over the dreaded Friday.

The latest in this franchise, Freddy vs Jason released in 2003. For those who enjoy watching gore, this film has a good deal of it. It is a crossover film combining two of the most successful horror franchises. It is also known as Friday the 13th Part XI and A Nightmare on Elm Street 8.

While you may have spent several Fridays partying and hanging out with your friends, maybe it is time to set a new tradition for Friday the 13th by watching some of these slasher-horror films. There is no specific number to ascertain how many Friday the 13ths may take place in a year but September 13, 2019 is one and here's how you could be spending it.