Actor Hugh Jackman says the COVID-19 pandemic has had a "devastating" impact on Broadway. "What most people don't understand is that it probably (takes) seven years to get to their first preview," variety.com quoted Jackman as saying. 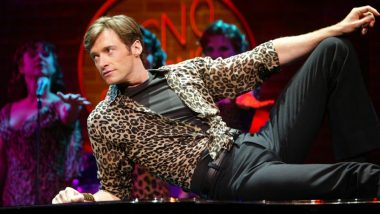 Actor Hugh Jackman says the COVID-19 pandemic has had a "devastating" impact on Broadway. "What most people don't understand is that it probably (takes) seven years to get to their first preview," variety.com quoted Jackman as saying. "I know what it takes to get a musical up and running and going, the amount of work that goes into it. It's just devastating," he added. Jackman is on board to star in "The Music Man". They plan to start rehearsals soon. "I speak with (producer) Scott Rudin every other day and we're due to start rehearsals on June 29 and that hasn't changed," Jackman said in an episode of the Variety and iHeart podcast "The Big Ticket". Hugh Jackman Is Not Interested in Reprising Wolverine’s Role In Future X-Men Films.

"Our first preview is September 15. But of course, we'll have to see what happens. But at present, that's still the plan," he added. Jackman, who has won two Tonys and hosted Broadway's biggest night four times, noted that 16 productions were supposed to open in time for 2020 Tony eligibility before COVID-19 outbreak. The Tonys have been officially postponed. Jackman and his wife Deborra-Lee Furness are following stay-at-home orders at their apartment in New York with their children. They are spending their time doing jigsaw puzzles and experimenting in the kitchen. Jackman said that he made low-carb bread. Hugh Jackman Takes His Dog For a Walk at East Hampton and West Village During Easter Weekend.

"(It) sounds really bad, right? It sounds like what's the point?. And I have tried it a couple of times when I've been on Wolverine diet. But I had someone in my house who's like, ‘I'm trying to eat less carbs.' I'm like, okay, let's have a look. And I found this thing and it was actually yummy," he said.

(The above story first appeared on LatestLY on Apr 27, 2020 05:53 PM IST. For more news and updates on politics, world, sports, entertainment and lifestyle, log on to our website latestly.com).