The Academy Award-winning actor was unrecognisable as he attended a tennis tournament in Sydney with his close friend Britney Theriot. 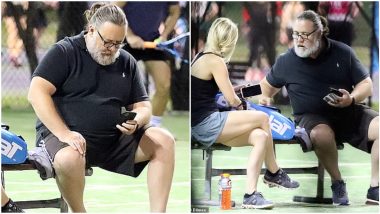 That's Russell Crowe for y'all. The Academy Award-winning actor was unrecognisable as he attended a tennis tournament in Sydney with his close friend Britney Theriot. While we know the actor has gained some weight and he isn't his lean self anymore, yet his new pictures have taken the internet by surprise and we think he looks cuter than his earlier days. The 56-year-old actor is now more relaxed about his life and the celebrity image of his doesn't bother him at all. Russell Crowe Says He Has Been Self-Isolating on and Off for the Past 30 Years.

Russell Crowe's new pictures sported a scruffy beard and had his hair tied in a ponytail. His weight gain has obviously resulted in the disappearance of his abs that he once proudly flaunted in his Oscar-winning movie Gladiator. Russell Crowe's transformation over the years has been striking and we're glad to realise he's unperturbed by it. The actor had also gained weight for his recent release Unhinged and is now probably trying to lose all his extra kgs. Russell Crowe Speaks Up on How COVID-19 Pandemic Gave Him New Perspective on His Relationship with Kids. 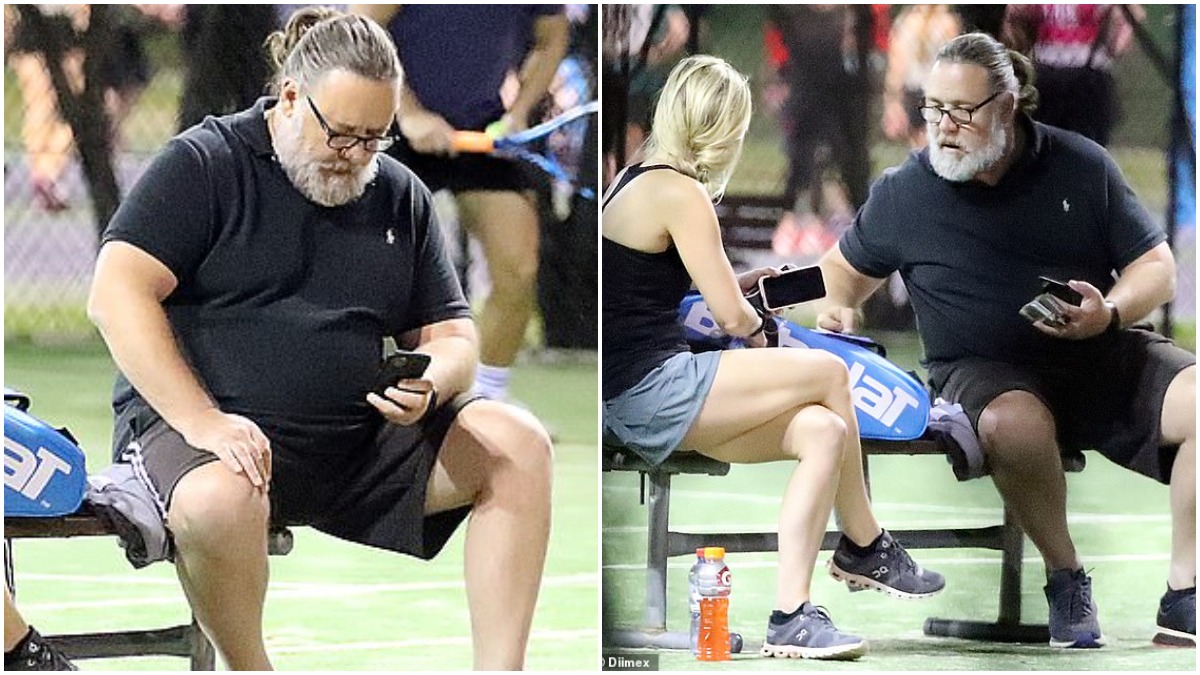 For the ones who don't know his good friend, Britney, she's an actress turned real-estate agent. She was a part of 2013 crime drama Broken City that had Russell in the lead. Besides Unhinged, he also played former chairman and CEO of Fox News, Roger Ailes, in the Showtime series The Loudest Voice and was required to gain weight for it. Is he trying to shed his kilos by playing tennis with his good friend? We don't know but whoever said he needs to? Unless of course, a role demands him to.

(The above story first appeared on LatestLY on Oct 13, 2020 11:56 PM IST. For more news and updates on politics, world, sports, entertainment and lifestyle, log on to our website latestly.com).