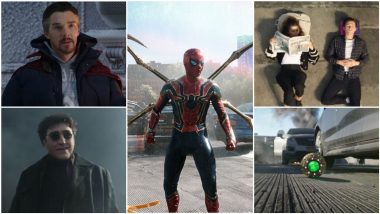 In the famous words of Poltergeist's Carol Anne, "It's here!" The first trailer of Spider-Man: No Way Home has been officially out! Yes, so stop scourging for that 144p bootleg trailer, that reportedly has some extra footage, but is flaky as hell. Sony Pictures (who is producing the film with Marvel Studios) shared the trailer with global fans, while its panel at CinemaCon 2021 was underway. Directed by Jon Watts, Spider-Man: No Way Home brings back Tom Holland as Peter Parker and Benedict Cumberbatch as Doctor Strange, while it also stars Zendaya, Jon Favreau, JB Smoove, Jacob Batalon, Marisa Tomei, Jamie Foxx, Benedict Wong, Alfred Molina and Willem Dafoe. Spider-Man - No Way Home Trailer: Tom Holland's Peter Parker and Benedict Cumberbatch's Doctor Strange Bring The Maddening Multiverse to MCU.

The new promo continues Peter Parker's predicament of having his identity as Spider ousted as seen in the mid-credit scene of Spider-Man: Far From Home. Dealing with not his identity exposed but also being implicated in the murder of Mysterio (Jake Gyllenhaal), Peter Parker has to tackle the police, the press and curious onlookers. He is more hurt that his loved ones are getting affected, including Aunt May (Marisa Tomei), best friend Ned (Jacob Batalon) and new girlfriend MJ (Zendaya). In his desperation, Peter seeks his Avengers team-mate and Sorcerer Supreme Doctor Strange. Strange puts out a dangerous spell that doesn't go well, and in short, multiverse is officially here, baby, after the climax of Loki teased it out!

The first trailer of Spider-Man: No Way Home spells out the plot of the third Spider-MCU movie but it also manages to hold some cards tightly to its chest. Marvel fans who are naive enough to be expecting the trailer to show Tobey Maguire and Andrew Garfield - the previous iterations of webbed-crawler - would be sorely disappointed. No Way, Sony would drop such a major reveal in the first trailer itself!

Peter Parker Isn't in Jail But... 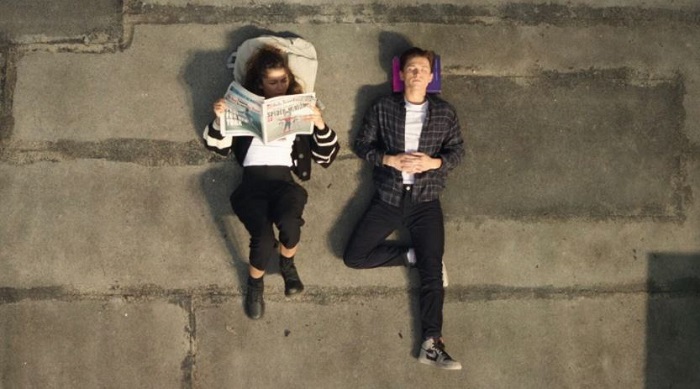 Although he has been accused of murder, with an unseen JK Simmons' J Jonah Jameson baying for his blood through the blogwaves, Peter Parker hasn't been behind the bars yet. He is hounded by press, interrogated by police who also question his family and friends, and he is not even safe at his home. But he still has the space and time to hand out with MJ, even if it means doing so at rooftops. 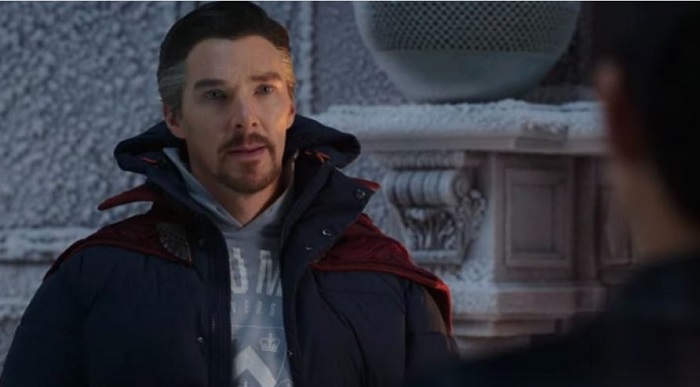 Maybe we are reading too much into this, but it feels like there is a lot going on with Stephen Strange than what the trailer lets us. For one, when Parker arrives at his NYC Sanctum Sanctorum, the inside of the mansion is covered in snow. Secondly despite Wong (Benedict Wong) warning him, Strange still tries to help out Parker in what is a very dangerous spell. Our question here is, has Strange become more reckless since the events of Infinity War? Is he guilting for the death of Tony Stark (Robert Downey Jr), an outcome he already knew but couldn't share? Will Parker, who already has overcome his emotional upheaval over Stark's death in the last movie, help him out here?

Peter Parker may be heroic and sacrificial - an Avenger - but let's not forget that he is still a teenager, and therefore has all the indecisiveness of being one. The previous two movies had him deal with the repercussions of his over-eagerness and misguided confidence. It's no strange (pun unintended) that he would do so in No Way Home, especially since he is facing a life-altering dilemma. That fact that he chose Strange's magic to make everyone has amnesia is bad enough, but he also tries to interfere with the spell when Parker realises that if the spell succeeds, those who he wants to know his secret - Aunt May, Ned and MJ - would also be oblivious. So is it his interference that caused the multiverse to happen? Before Spider-Man: No Way Home, 5 Other Comic Book Films That Suffered From Premature Trailer Leaks.

Don't know who did the mistake -  Peter, Strange or Loki(s) - but multiverse is now a thing in the MCU. Strange's spell has definitely backfired causing the 'space-time' to screw up, and allowing the multiverses to spiral into each other. And considering that Strange would continue to deal with this in Doctor Strange in the Multiverse of Madness - it's there in the title - we expect that problem to go unsolved by the end of Spider-Man: No Way Home. Also, what does Strange mean when he is saying Parking leading two lives is making it more dangerous? 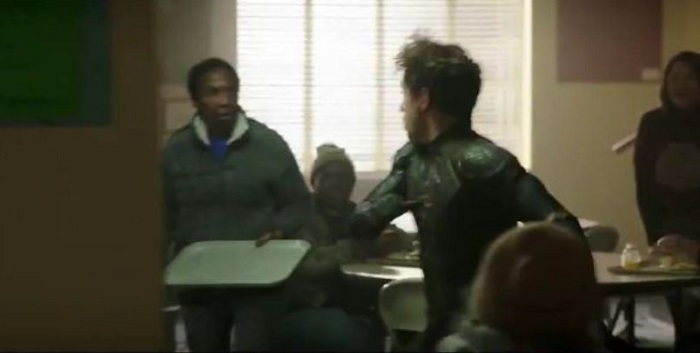 One curious scene in the trailer has Peter Parker without a mask but in a black symbiote suit running through a cafeteria. Does it mean that he somehow landed during the events of 2007's Spider-Man 3? Some fans on Twitter are saying that it is not a black symbiote suit that he is wearing but a black and gold suit. So we leave our theories on hold here!

We all know that Jamie Foxx is set to return as Electro from The Amazing Spider-Man 2 - the actor himself has officially confirmed this. But the trailer has kept him away, or did it? In one particular moment, we might have seen what could be Electro's lightning and is that Sandman bringing up a sandstorm? If that's true, Parker should really bring the rest of Avengers right now!

Another returning star from the previous franchises is Willem Dafoe who played Green Goblin in Sam Raimi's Spider-Man. Like Foxx, he may be physically absent from the trailer but did we hear his cackle in there? We also did see his infamous pumpkin bomb. 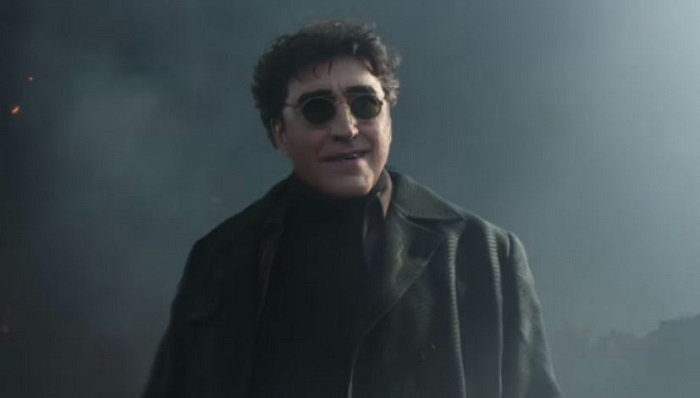 If you need any more clue that Spider-Man worlds are merging, the last scene confirms that. Alfred Molina makes a scene-stealing appearance as Doc Ock from Spider-Man 2, and he is de-aged to look nearly the same as he did in the 2004 film. Well, our excitement just shot off the roof! Spider-Man: No Way Home is releasing in theatres during Christmas 2021.

(The above story first appeared on LatestLY on Aug 24, 2021 09:00 AM IST. For more news and updates on politics, world, sports, entertainment and lifestyle, log on to our website latestly.com).