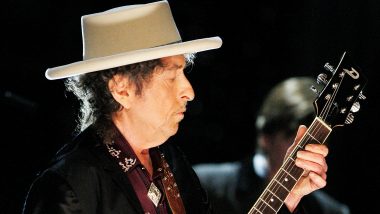 Los Angeles, January 7: Actor Timothee Chalamet is in talks to essay the role of singer Bob Dylan in James Mangold's movie, which will follow Dylan's rise to fame and journey of becoming a folk music icon. The Fox Searchlight film is titled "Going Electric", reports variety.com.

The news comes after a busy year for Chalamet, who most recently appeared in Greta Gerwig's "Little Women" adaptation and starred in Netflix's historical drama "The King".

Mangold most recently scored rave reviews for "Ford v Ferrari", which stars Matt Damon and Christian Bale and tells the true story of the automotive team at Ford, led by designer Carroll Shelby (Damon) and his British driver Ken Miles (Bale), as they build a race car in an attempt to beat the legendary Ferrari at the prestigious Le Mans race.

He previously directed and co-wrote the critically acclaimed "Logan", which went on to become the first live-action superhero movie to be nominated for screenwriting at the Academy Awards.

(The above story first appeared on LatestLY on Jan 07, 2020 08:26 PM IST. For more news and updates on politics, world, sports, entertainment and lifestyle, log on to our website latestly.com).