Drishyam 2: Before Mohanlal’s Thriller Won Us Over, 7 Other Sequels That Impressed Malayalam Movie Buffs in the Past (and Where To Watch Them Online)

Drishyam 2, written and directed by Jeethu Joseph, continues to be a talking point among the movie buffs, whether he or she is a Malayali or not. The sequel to the 2013 Malayalam blockbuster, Drishyam, came out on Amazon Prime Video and stunned the viewers with its twisty narrative. 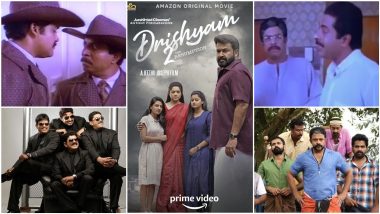 Before Drishyam 2, Other Sequels That Impressed Malayalam Movie Buffs In The Past (Photo Credit: Twitter)

Drishyam 2, written and directed by Jeethu Joseph, continues to be a talking point among the movie buffs, whether he or she is a Malayali or not. The sequel to the 2013 Malayalam blockbuster, Drishyam, came out on Amazon Prime Video and stunned the viewers with its twisty narrative, Jeethu's impressive writing, and fine performances from the cast, especially an incredible, chameleonic Mohanlal. Drishyam 2 also stars Meena Sagar, Asha Sarath, Siddique and Murali Gopy. Drishyam 2 Movie Review: Mohanlal’s Sequel to His Blockbuster Family Thriller Is Loaded With Pulpy Surprises.

Usually sequels are often seen as products that are made to cash in on the fame and brand value of the original, and most of them turn out to be inferior. But we do also get a Godfather Part II or an Empire Strikes Back kind of impressive sequels, that are either on par with original or even better. While I reserve my judgement on Drishyam 2 being better than Drishyam - let the film age for some more time - it is definitely a worthy sequel to what had been a thrilling affair. Drishyam 2 Ending Explained: Will Mohanlal’s Georgekutty Return for a Threequel? Find Out!

And speaking of worthy sequels, let's look at some of Malayalam sequels that were as good, or better, than the originals. PS - we are looking at only the second film in a franchise or a series. 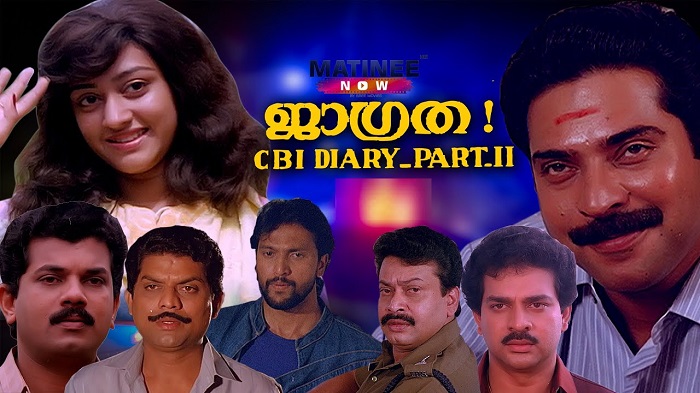 The second part of Mammootty's CBI series didn't create the kind of wave the first film, Oru CBI Diary Kurippu, created. Nevertheless, it is still a very enjoyable mystery thriller - an investigation saga about an apparent suicide of a film actress - that keeps you guessing till the end. Jagratha is streaming on Amazon Prime Video. 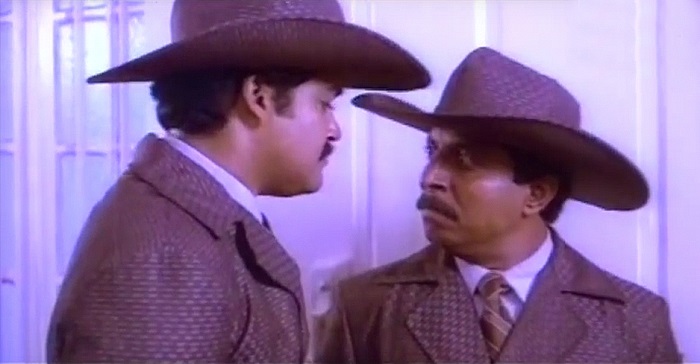 Mohanlal and Sreenivasan in Pattanapravesham

Is there any Malayali fan who doesn't adore the (mis)adventures of Mohanlal's Dasan and Sreenivasan's Vijayan? After making a hit out of these characters in Nadodikattu, director Sathyan Anthikad bring these two back, now as two crime branch police officers investigating the death of a cop. With the return of other fan-favourite characters like Thilakan's Nambiar, Mamukoya's Gafoor and Innocent's Balan, Pattanapravesham continues to enthrall us aging well like fine wine, just like its original. Or even its slightly inferior, but completely hilarious threequel, Akkare Akkare Akkare (directed by Priyadarshan, this time). Pattanapravesham is available to watch for free on YouTube. Drishyam 2: 7 Corporate Lessons We Can Learn From Mohanlal’s Georgekutty, One of the Most Ingenious Protagonists Ever! 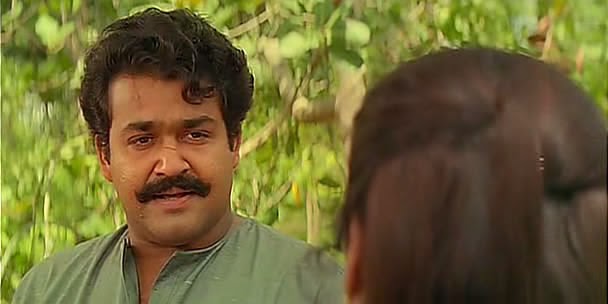 In my review for Drishyam 2, I mentioned that if Drishyam was Kireedam, then its sequel was Chenkol. Kireedam, a masterpiece directed by Sibi Malayil, worked great as a standalone film. But Chenkol, while still not as impactful as the original, managed to bring the journey of its tragic protagonist, Mohanlal's Sethumadhavan, to its poignant conclusion. Chenkol is available for streaming on Amazon Prime Video and Disney+ Hotstar. 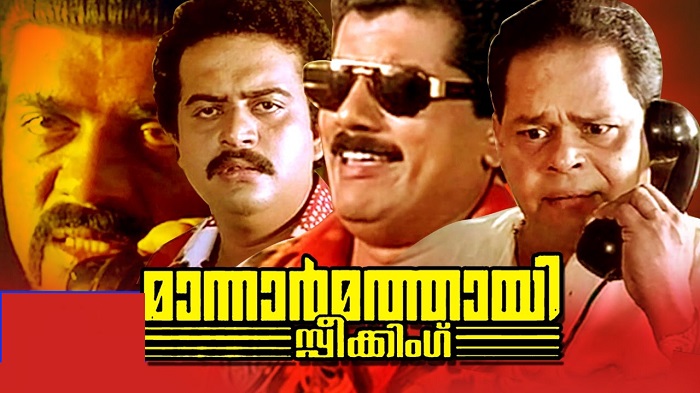 Vasundhara Das and Mohanlal in Ravanaprabhu

Devasuram was a classic tale of a arrogant feudal lord humbled by his aggravating circumstances and the love of a girl he once wronged. The sequel, Ravanaprabhu, which came eight years later is massier in its appeal, focussing more on the son of the first film's protagonists. Mohanlal is excellent (as always) in both the roles, and the sequel manages to be mass-appealing, sentimental and classy all at the same time. Ravanaprabhu is available for streaming on Amazon Prime Video and Disney+ Hotstar. 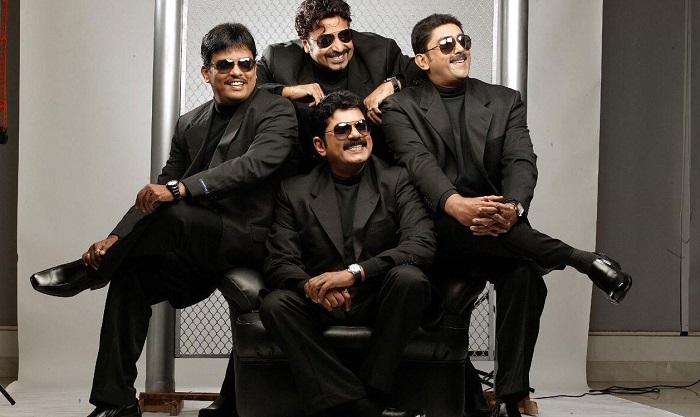 Lal parted ways with his old comrade, Siddique, and turns a solo director with 2 Harihar Nagar, a sequel to In Harihar Nagar, a comic thriller that the duo directed in 1990. Even though it took 20 years for the sequel to come out, the audience welcomed the return of Mahadevan (Mukesh), Thomaskutty (Ashokan), Govindan Kutty (Siddique) and Appukuttan (Jagadeesh) with open hands. It also helps that 2 Harihar Nagar worked well both as a comedy and as a twisty thriller. 2 Harihar Nagar is streaming on SunNXT. 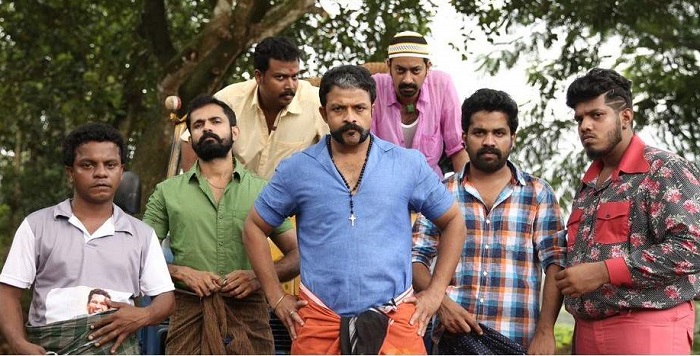 A Still from Aadu 2, featuring Jayasurya

Aadu 2 is that rare instance of a sequel where the first film didn't work at the box office, but gained cult popularity during its television reruns, prompting a followup. And the sequel doesn't disappoint, as the makers of this Jayasurya-starrer raises the bar when it comes to laughs, quirkiness and craziness. The only downer is that there is very little of that 'aadu' (goat), that the title mentions. Aadu 2 is streaming on Netflix.

(The above story first appeared on LatestLY on Feb 24, 2021 08:49 PM IST. For more news and updates on politics, world, sports, entertainment and lifestyle, log on to our website latestly.com).