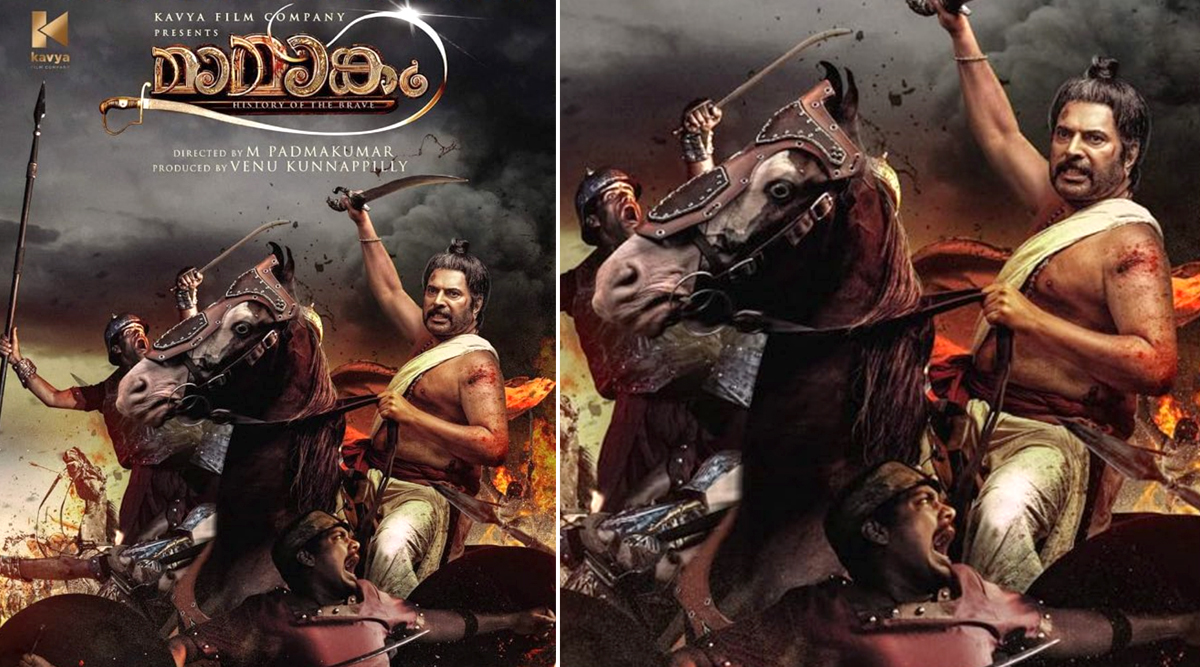 The Ernakulam police here registered an anti-piracy case on Sunday against those who are alleged to have illegally uploaded superstar Mammootty's magnum opus Mamangam to the internet. Billed as the costliest Malayalam film in recent times, the film was released last week in 45 countries. Mamangam: Ranking All of Mammootty’s Period Films From Worst to Best; Where Does His Latest Movie Fit In?

"We had commissioned a team of 30 members who have now found out that the film has been uploaded to the internet. The details of all those who have done it have also been given to the police," said an official attached to the film. Mamangam Movie Review: Mammootty, Unni Mukundan’s Visually Impressive Period Drama Loses Its Battle to Unfocused Writing.

This film tells about the 18th-century Mamangam festival held on the banks of the river Bharathappuzha in the Malabar region. The film was released on Thursday across 2,500 screens in 45 countries. However, two days later, this film found its way into the internet.