Mohanlal looks intense in the new still from the sets of Marakkar Arabikadalinte Simham. Check it out. As soon as the picture was out, it spread like wildfire on social media. Fans and admirers of the actor are leaving no stone unturned to make this trend on the micro-blogging site. This film is one of the most ambitious project ever with Manju Warrier, Keerthy Suresh, Suniel Shetty, Arjun Sarja amongst many others in it. Marakkar Arabikadalinte Simham Trailer: Mohanlal, Suniel Shetty's Historical Action Film Seems Like A Visual Feast (Watch Video).

Check Out The New Still From Marakkar Arabikadalinte Simham Below: 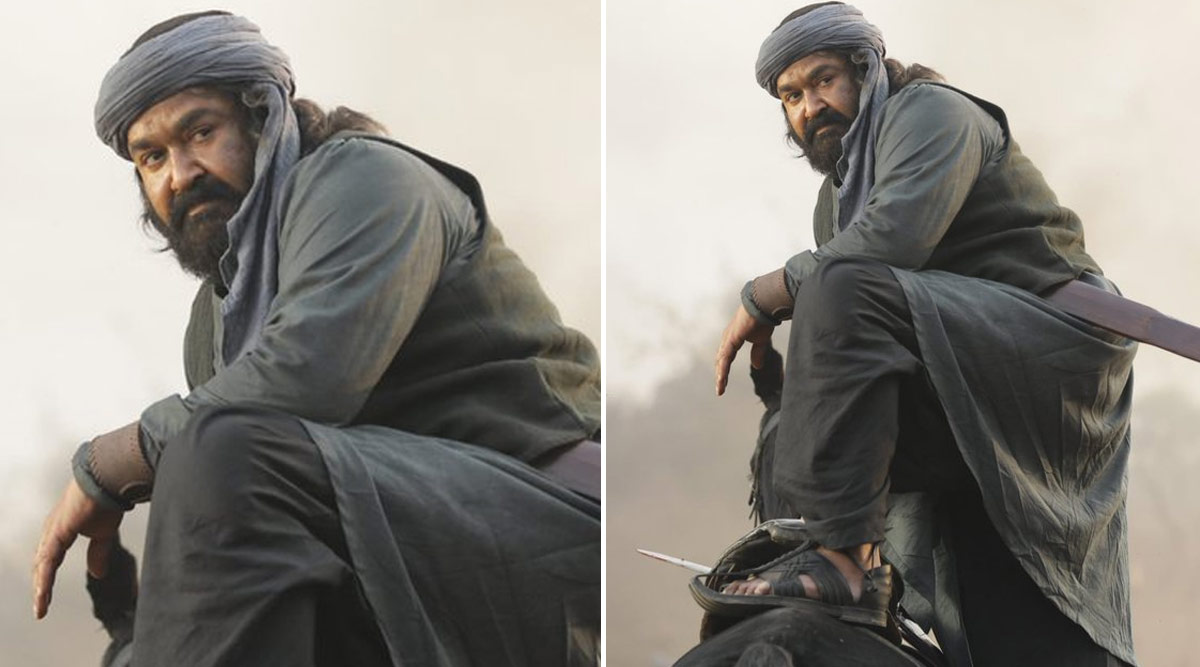 Marakkar: Arabikadalinte Simham was supposed to release in March. However, due to the lockdown, it got postponed to a later date. Reports have been doing rounds that the flick will now release in 2021. However, there has been no official conformation about the same. This one is said to be the most expensive movie in Mollywood. Stay tuned!

(The above story first appeared on LatestLY on Aug 13, 2020 03:04 PM IST. For more news and updates on politics, world, sports, entertainment and lifestyle, log on to our website latestly.com).