The White Tiger: Priyanka Chopra, Rajkummar Rao and Co Celebrate as As They Complete 50 Days Of Shoot of This Netflix Film (Watch Video) 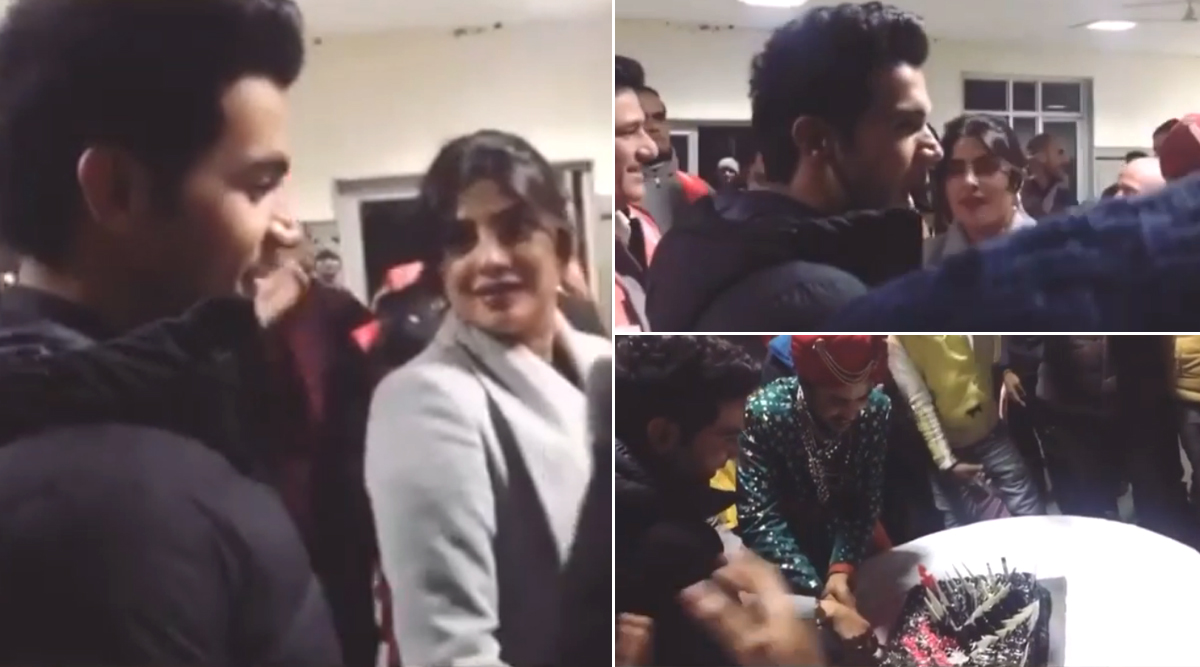 Priyanka Chopra and Rajkummar Rao on the sets of The White Tiger (Photo Credits: Instagram)

Priyanka Chopra and Rajkummar Rao are teaming up for the first time for the Netflix film, The White Tiger. There has been a lot of anticipation about the project, a: because it is Peecee's first Netflix outing and b: because it is a first for this lead pair to work together for any project! After The Sky Is Pink received phenomenal response from the critics, the true cine-lovers are totally looking forward to this new outing of hers. And now, if we go by the looks of the video going viral from the sets, the cast seem quite happy with how it has turned out to be! Priyanka Chopra and Nick Jonas Announce Their First Collaboration With A Sangeet Themed Show And It Sounds Fun! (Read Deets).

In the video shared by a fan club, we can see Priyanka and Rajkummar along with the team are celebrating 50 days of shooting for The White Tiger. The duo along with the other members of crew cut the cake and are cheering for their own efforts. We can also spot an actor wearing a groom's costume, although PC and Rajkummar were not in their on-screen avatars. Check out the video below.

On The Sets of The White Tiger!

For the uninitiated, The White Tiger is penned down and directed by American filmmaker, Ramin Bahrani. It is based on Aravind Adiga's prize-winning novel by the same name. The book (and now the film) is said to be based on the social aspects like globalisation and caste subtly. Are you excited for this?