What remains unanswered is the key question. Will Salman too work diligently on his diet in order to look equally aesthetic or will he employ digital gimmicks to look muscular and sculpted? 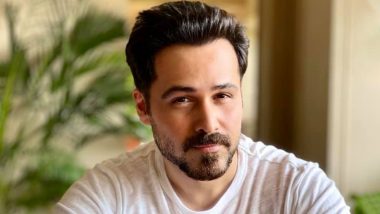 Look who is getting beefed up to give Bollywood's ultimate Bhai Salman Khan a tough fight? Emraan Hashmi is excited to deliver some solid punches in Salman Khan's next Tiger 3. The 42-year-old will be essaying the role of a Pakistani agent in what is touted to e a bharpoor masala entertainer. In fact, Salman Khan wants Hasmi's villainous character to be equally strong and dynamic to make the plot look interesting and engaging.  We gather the duo's face-off will conclude with a bare body sequence for which Hashmi has been working for two years now.

" Salman Khan ensures that the baddie of his films has to be stylized and at par. Be it, Sonu Sood in Dabangg or Randeep Hooda in Radhe, the villain has to be intimidating and powerful. Hashmi is leaving no stone unturned to meet the demands of his character, especially the physique the script demands. Both Salman and Hashmi will take off their shirts for a high octane fight sequence in Tiger 3 and Hashmi has chiseled a six-pack abs physique ready for the same," informs a source from the production team of Tiger 3. Chehre: Amitabh Bachchan-Emraan Hashmi Starrer Gets Postponed; New Release Date Yet To Be Finalised

We also gather that Tiger 3 was scheduled to be shot in Poland, Austria, France and Belgium. Once the Pandemic situation starts to ease a bit the shoot for this will commence. Hashmi will be taking extra care of his body in order to maintain the lean and mean look throughout the film. Sources also inform us that Emraan ensured that he did not showcase much of his bare bod, especially his newly acquired six packs abs in his earlier projects such as Bards Of Blood, Harami and Body.

Hashmi was very categorical about showcasing his body a certain way and we could only see a glimpse of his leaner avatar in his last outing Mumbai Saga opposite John Abraham. And now he will only unveil his newly crafted six pack abs for Bhai's film. What remains unanswered is the key question. Will Salman too work diligently on his diet in order to look equally aesthetic or will he employ digital gimmikcs to look muscular and sculpted? Now that only Bhai or the makers of Tiger 3 can answer!

(The above story first appeared on LatestLY on Jun 02, 2021 05:17 PM IST. For more news and updates on politics, world, sports, entertainment and lifestyle, log on to our website latestly.com).