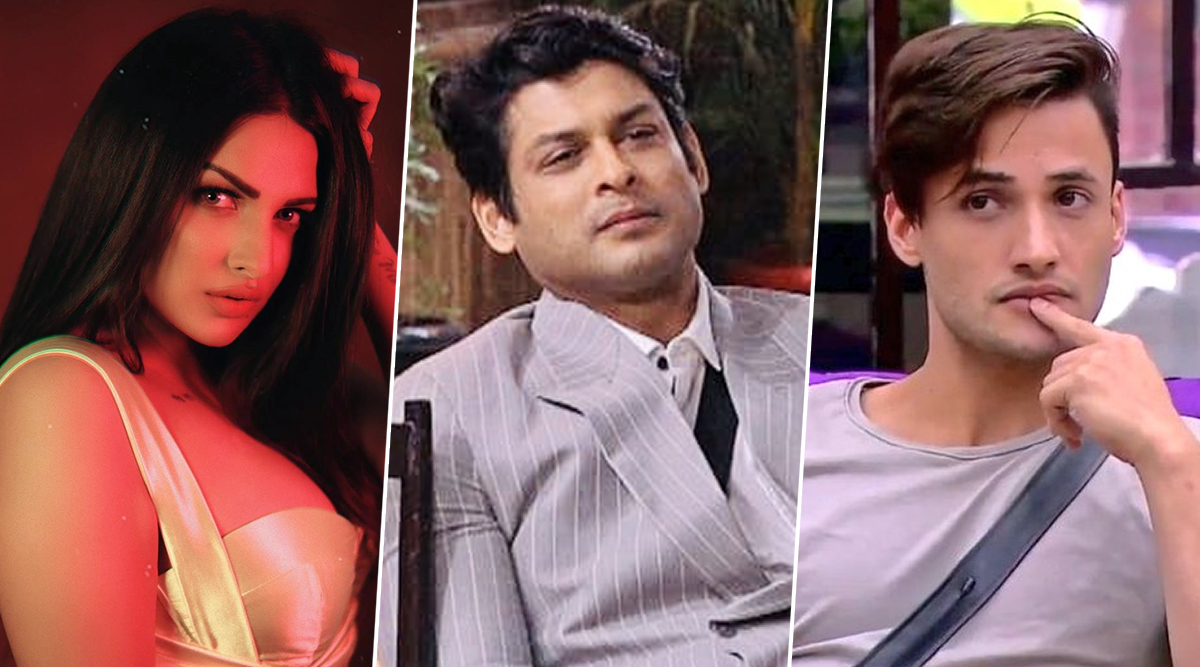 The controversial reality show, Bigg Boss 13 is releasing many surprises one by one. After Devoleena Bhattacharjee and Paras Chhabra's exit due to the injuries, fans finally saw Himanshi Khurana getting evicted from the show on the basis of fewer votes. The 'Punjab ki Aishwarya Rai' who had entered the reality series as a wild card played decently well during her stint on the show. Fans were sad owing to Khurana's eviction, but it was Asim Riaz who was upset the most. As Riaz had confessed on the show that he is in love with Himanshi and we can feel his pain. Now, that Himanshi is out of the house, the singer has made some jawdropping revelations. Bigg Boss 13 Day 35 Preview: Himanshi Khurana FINALLY Reveals Everything That Shehnaaz Gill Said About The Singer's Parents, Arhaan Khan and Sidharth Shukla Lock Horns (Watch Video).

In an interview with Amar Ujala, Himanshi said that it's because of Sidharth Shukla that she is evicted from BB 13. Elaborating on the same, she stated that Sidharth had the power to nominate the contestants and did all things wrong during the same. Further, she highlighted how she went on the reality show to play a real game but failed miserably. When quizzed who is playing a good game in the ghar, she instantly took Asim's name. "His game is very clean and real. He is also a very good person. They helped me a lot inside the house. If this game is for real people, I want to see Asim win," she said. Bigg Boss 13: Himanshi Khurana Says She Is ‘Punjab Ki Aishwarya Rai’ and Salman Khan’s Reaction to the Same Will Make You Go ‘Waah’ (Watch Video).

Here's A Lovely Moment Between Asim And Himanshi:

In the same interview, Khurana also stated that Paras Chhabra did nothing for the show. From the moment he joined Sidharth Shukla's team, Paras Chhabra disappeared is what she thinks. Well, on the same note, in tonight's episode fans will see Paras and Sidharth in the secret room. And all we can see is things will be getting messier in the house from now. Stay tuned!
Comments
Tags:
Asim Riaz BB 13 Bigg Boss Bigg Boss 13 Bigg Boss 13 Updates Himanshi Khurana Salman Khan Sidharth Shukla
Comments
You might also like