‘David Makes Man' to Premiere on HBO Max on July 16 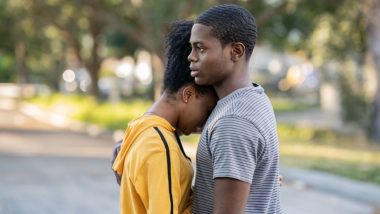 HBO Max has acquired the streaming rights of Oprah Winfrey Network (OWN) series “David Makes Man”, which hails from “Moonlight” originator and producer Tarell Alvin McCraney. The first season of the series will premiere on the WarnerMedia streaming platform on July 16, reported Variety. Loosely based on McCraney's experiences, the Florida-set series centres on David (Akili McDowell), a 14-year-old prodigy from the projects, who is haunted by the death of his closest friend and relies upon by his hardworking mother to find a way out of poverty. American Horror Story Spin-Off Series Ordered at FX, Show to Have New Story Each Episode

David must choose between the streets that raised him or the higher education that may offer him a way out. The news of the series' digital premiere comes almost seven months after OWN renewed the show for a second season. McCraney, Michael B. Jordan, Dee Harris-Lawrence, Mike Kelley, Melissa Loy and Oprah Winfrey are executive producing the Warner Horizon Scripted Television project. Thor Ragnarok Actress Cate Blanchett in Talks to Play Lilith in Borderlands Adaptation