Imposter Scare for Koena Mitra! Bigg Boss 13 Contestant Files a Complaint Against the Person Running a Fake Account With Her Name 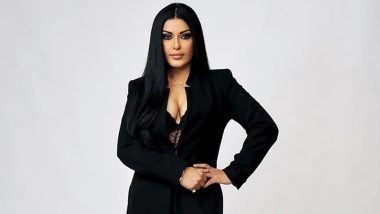 The controversial reality show Bigg Boss 13 might have come to an end, but the contestants from the season are still churning news. The latest one to grab the headline is none other than Koena Mitra. Yep, the strong female contestant on the show who ruled BB 13 with her 'no-bullshit' attitude, recently, in an interview with TOI revealed that she has filed a complaint against an imposter. The reason she did this is because some random person has been running a fake account under her name on Instagram which has more than 36K followers. On July 4, Mitra had also tweeted to her fans to report the account. Sushant Singh Rajput's Suicide: Koena Mitra Slams Karan Johar and Bollywood's Camp Following (Read Details).

In a conversation with the portal, she narrated how after getting a lot of requests from fans to join Instagram, she finally convinced her mind but saw a fake account with her name already on the app. She said, "So since December, I was getting a lot of requests from my followers on Twitter to join Instagram but I was not up for it. But then last month, I thought of opening it since the lockdown is going on and everyone is free and active on social media. But then I found out there is already a fake account which is being run in my name which has more than 36k followers." Bigg Boss 13: Evicted Contestant Koena Mitra Regrets Doing the Show, Says There Are 2 Psychopaths in the House (View Tweet).

Guys, please report this account if you can. Thanks pic.twitter.com/GsN6XNS0p6

She further added that how the person operating the fake account started reporting her after reading her tweet. "So then I thought of opening an account and later reporting about the same. But then I found out that the person reported my account after reading my tweet or maybe after finding out that I am on Instagram. And Instagram did not even care to verify who is fake or who is original," she added.

Lastly, she mentioned how she has taken the legal route. "I then filed a cybercrime complaint against that person who had also mentioned his e-mail id. I want the police to take strict action against the same and also want them to check whether he is fooling people under my name," she said.  During her little yet impactful stint on Bigg Boss, Mitra lived on her own terms inside the house. Stay tuned!

(The above story first appeared on LatestLY on Jul 16, 2020 06:44 PM IST. For more news and updates on politics, world, sports, entertainment and lifestyle, log on to our website latestly.com).