MTV Ace of Space: Vikas Gupta Is The True Mastermind According To Prince Narula! 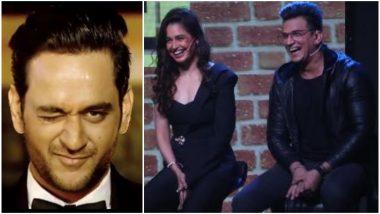 As MTV Ace Of Space is approaching its finale, fans are looking forward to a power-packed dose of entertainment every day. Apart from the fights and arguments, the show is also a house for budding love stories and friendships. Varun Sood and Divya Agrawal, who entered the show as a rumoured couple, were actually the best of buds and then parted ways over various misunderstandings. However, after Varun’s dreamy proposal, all's well in their land and the pair simply can't seem to get over each other. MTV Ace Of Space: With Varun Sood Proposing To Divya Agarwal Officially; What Will Happen To His And Chetna Pande's Relationship Plans?

Talking about his journey with MTV, Prince happily replies, “Mujhe MTV ne hi banaya hai and I’m privileged to be a part of the MTV family. Chahe din ho ya raat, main MTV ke saare shows follow karta hun. I’ll always be happy to be a part of any show on the channel.”

(The above story first appeared on LatestLY on Dec 15, 2018 11:15 AM IST. For more news and updates on politics, world, sports, entertainment and lifestyle, log on to our website latestly.com).