Actor Nakuul Mehta is smart, witty, handsome and a true gentleman. He made his Television debut as Aditya with Star Plus’s serial Pyaar Ka Dard Hai and became a fan favourite. Post the show's end, after a hiatus, he once again roared on the small screen as egoistic business tycoon Shivaay Singh Oberoi in Ishqbaaaz. Check out some unknown facts about him here. 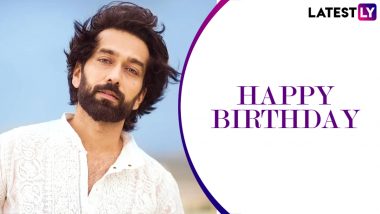 Actor Nakuul Mehta is smart, witty, handsome and a true gentleman. He made his Television debut as Aditya with Star Plus’s serial Pyaar Ka Dard Hai Meetha Meetha Pyaara Pyaara (2012) opposite Disha Parmar and became a fan favourite. Post the show's end, after a hiatus, he once again roared on the small screen as egoistic business tycoon Shivaay Singh Oberoi in Ishqbaaaz. If his first show was a superhit, his second innings proved to be more successful than the earlier one. And as the dashing lad turns a year older today (Jan 17), we thought of bringing to light some lesser-known facts about this powerhouse performer. So, without further ado, let’s get started. Nakuul Mehta And Jankee Parekh Are Expecting Their First Child! Ishqbaaz Actor Announce The Good News With A Special Video.

Nakuul is a royalty! As his family descends from the warrior Prithviraj Chauhan and he belongs to the Udaipur royal family. That’s not it, as his dad was a navy commander, the actor changed almost 10 schools due to his father’s posting to different cities.

The SRK and Salman Connection

Little do people know that Nakuul had appeared in a commercial of a face cream with none other than Shah Rukh Khan which was then followed by Salman Khan. What luck!

While we all saw him first as Aditya in Pyaar Ka Dard Hai, the actor has made his acting debut way before then this in Haal-E-Dil (2008) film that also starred Shekhar’s Adhyayan Summan. Ishqbaaaz Actor Nakuul Mehta Brings In 2019 in Rishikesh With Wife Jankee Parekh; Their Holiday Pictures Are Sure to Give You Some Major Travel Goals.

Mehta is a foodie and believes indulging into foodstuffs that he finds tasty. His favourite dish is quite desi as it's daal baati whereas he likes tiramisu for dessert. Nice!!

The actor is not on social media just for the sake of it, but he interacts with his fans and believes in communicating with the one’s who made him an overnight sensation. He also re-tweets posts of fans that soothes him. Woah!

That’s it, guys! These are some unknown facts of Nakuul that needs your attention now. The actor is soon going to be a father as his wife Jankee Parekh is pregnant with their first baby. Happy Birthday, Nakuul Mehta. Stay tuned!

(The above story first appeared on LatestLY on Jan 17, 2021 04:59 PM IST. For more news and updates on politics, world, sports, entertainment and lifestyle, log on to our website latestly.com).