Pavitra Rishta Season 2, produced by Ekta Kapoor featuring Ankita Lokhande and Shaheer Sheikh in key roles is all set to release on ZEE5 on January 28. Read all you need to know about the show here! 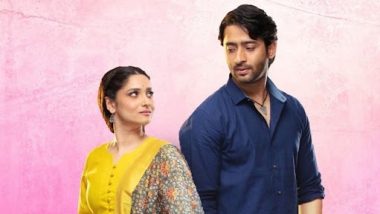 Pavitra Rishta Season 2 featuring Ankita Lokhande and Shaheer Sheikh in key roles is all set to release on ZEE5 on January 28. The Hindi-language romantic soap opera is produced by Ekta Kapoor of Balaji Telefilms. The show enjoys a large number of viewers and fans are eagerly waiting for the season 2 for sure.  In the new season we will see Ankita reprising her role as Archana and Shaheer as Manav. Pavitra Rishta Season 2 Trailer: Ankita Lokhande, Shaheer Sheikh’s ZEE5 Show Is All About Faith in Love and Second Chances (Watch Video).

The season 2 will show Manav and Archana who have faced several challenges in their love life journey, how they both will reunite despite all the difficulties. The follow up season will bring up more love, romance and twists. So, if you are planning to watch Pavitra Rishta season 2 on ZEE5, here's everything you want to know about the romantic serial just in case.

Pavitra Rishta Season 2 revolves around how Ankita Lokhande as Archana and Shaheer Sheikh as Manav will get through their love life struggle. The duo will fight against all the barriers and reunite for some real romance. Archana and Manav will be seen living separately from each other but the bonding and love they share will never change.

Pavitra Rishta 2 aka Pavitra Rishta 2.0 – It’s Never Too Late Season 2 is all set to premiere on ZEE5 exclusively on January 28, 2022. The exact streaming time of the show is not yet confirmed.

Well, so after reading all the details about the show are you going to watch Pavitra Rishta season 2 on ZEE5? Tell us your views in the comment section below.

(The above story first appeared on LatestLY on Jan 27, 2022 03:00 PM IST. For more news and updates on politics, world, sports, entertainment and lifestyle, log on to our website latestly.com).