Aam Aadmi Party to Contest All 119 Assembly Seats in Telangana 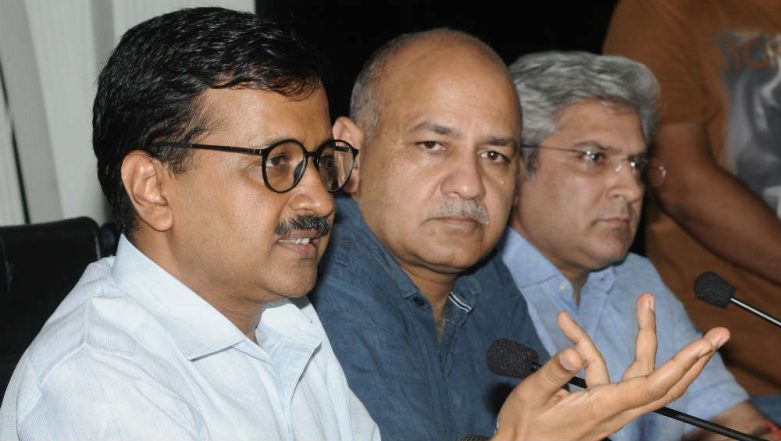 New Delhi, Sep 21: The Aam Aadmi Party (AAP) on Friday announced that it will be contesting all the 119 assembly seats in Telangana in the upcoming elections. AAP leader Somnath Bharti told reporters that the people of Telangana also want services like Delhi's doorstep delivery of public services, quality education and corruption-free governance. "On the basis of a survey conducted by AAP and as per the wishes of people of Telangana, the party has decided to contest all the 119 seats in Telangana," Bharti said. The AAP MLA from Malviya Nagar also slammed the Bharatiya Janata Party (BJP) and Telangana Rashtra Samiti (TRS) Chief K. Chandrasekhar Rao (KCR) for doing "jumla" in the name of politics. Lok Sabha Elections 2019: AAP Plans to Contest in Around 100 Seats, Says Sanjay Singh.

"Just like the Modi government, TRS has not been able to fulfil even a single thing it had promised while Telangana was being formed and the people know it," Bharti said. The Telangana Assembly was dissolved on September 6 on the recommendation of the TRS government, more than six months before the expiry of its term, to pave the way for early elections. The Election Commission is yet to announce the poll schedule.