Assembly Elections 2022: What is cVIGIL App And How to Use It

Election Commission of India has prepared the cVIGIL App to prevent the irregularities in the elections. With the help of c-Vigil app, you can register a complaint by making a video or taking a photo. Also, if any leader lures or threatens you, you can still make a complaint through this app. 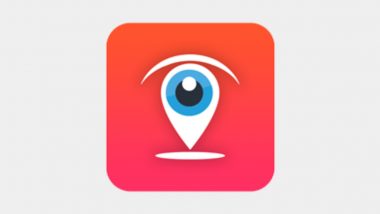 Election dates have been announced in 5 states of the country including Uttar Pradesh, Punjab and Uttarakhand. Voting will be held in 7 phases from February 10 to March 7. The results will be declared on March 10. Meanwhile, the Election Commission will take action on any kind of disturbances. There have been frequent complaints of irregularities in elections. Action is also taken by the commission when it comes to its notice. The common citizen can also directly complain about the irregularities in the elections to the commission. For this, the commission has created cVIGIL App.

The Election Commission of India said that after the implementation of the model code of conduct, people will be able to use the cVIGIL app. If there is any rigging in the election, then people can complain through it and the commission will take action on it. Significantly, the cVIGIL (c-Vigil) app was launched by the Commission in 2019.  Punjab Assembly Elections 2022: Who is Bhagwant Mann, AAP’s CM Face For The Upcoming Polls

Election Commission of India has prepared the cVIGIL App to prevent the irregularities in the elections. With the help of c-Vigil app, you can register a complaint by making a video or taking a photo. Also, if any leader lures or threatens you, you can still make a complaint through this app. At the same time, it has to be kept in mind that through this app you will not be able to send photos or videos saved in the gallery. This app has been prepared for all Android and iOS users. To make a complaint on the app, the user only needs to have access to the smartphone's camera and GPS.

People of the state where the model code of conduct comes into force for elections, can use this app.

During the code of conduct, any kind of illegal distribution of documents, corruption and disputed statements can be complained on behalf of the leaders through this app.

Any video or photo uploaded by the complainant on the c-Vigil app will be sent to the local election officer within 5 minutes. On the other hand, if the complaint is correct, then that problem will be resolved within 100 minutes.

This app was used for the first time during the Karnataka Assembly elections in May 2019. Since then the app is being used continuously in elections.  Punjab Assembly Elections 2022: Why Political Parties Insisted on Postponing Elections in State in View of Ravidas Jayanti

First of all, you have to install C-Vigil app on your smartphone. After the app is installed, you have to register. For this, the user will have to give information like name, address, state, district, assembly and pincode etc. Then it will be verified with an OTP. After this the user selects the photo or camera to make the complaint. The complainant can upload a video up to 2 minutes long. You can write the details related to the photo and video in a given box.

According to the commission, the photo or video is uploaded to the app by the Geographic Information System with automatic location mapping. Once the photo or video is uploaded, the user will get a unique ID. Through this they can track followup on mobile itself. The identity of the complainant is kept confidential. However, you cannot upload pre-recorded videos or photos to the app. Not only this, videos or photos recorded from the app will not be saved in the phone gallery.

After the citizen registers the complaint, the information comes to the district control room, from where it is handed over to the field unit. A field unit consists of a flying squad, a static surveillance team, a reserve team, etc. Each field unit will have a GIS-based mobile application, called 'cVigil Investigator', whereby the field unit follows GIS signals and navigation technology to directly access the location and take action.

After the complaint is processed in the field unit, the field report is sent online through Anvekshak App to the Returning Officer concerned for decision and disposal by them. If the incident is found to be true, the information is sent to the National Grievance Portal of the Election Commission of India for further action and the informed citizen is informed about the situation within 100 minutes.

(The above story first appeared on LatestLY on Jan 19, 2022 05:37 PM IST. For more news and updates on politics, world, sports, entertainment and lifestyle, log on to our website latestly.com).