The Universal Application of Legal Reasoning: How Using Logic and Simple Mathematics Can Give You a Competitive Advantage in Life With Richard Corey

This novel, loosely based on the life of the fictional Richard Cory, explores the American Dream and the universal truths that one can apply to experience success. By relying on his fundamental principles, Corey knows that there is nothing he cannot achieve if he simply applies the right structure and strategy. 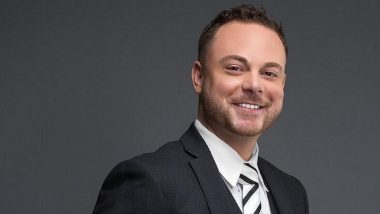 According to Richard Corey, Florida native, entrepreneur, author, and attorney, there is a simple formula to experience success in life. For the last 10 years, Corey has been writing the blueprint for that very formula. Corey operates out of the belief that everything in life is built upon a series of fundamental elements that achieve unique outcomes. By stripping it back to the basics, Corey argues that anyone can achieve their desired outcome by identifying the fundamental elements or actions necessary to get there. In other words, A+B = C. By using this formula, Corey has been able to reverse engineer just about any outcome or goal he set for himself.

“Your blueprint is really just a detailed plan of action,” says Corey, “By providing structure and strategy to your decisions and actions, you can accomplish anything you want.”

In the mid-2000s Richard Corey was studying Business Management and Entrepreneurship at the University of Central Florida when he happened upon a talented rap artist. The two paired up to form a record label and Corey spent the next few years promoting his artists and negotiating terms and events with local nightclub owners. He realized he had a knack for negotiation and enjoyed the logistics of writing up contracts and discovering creative tactics to pack a nightclub. His friends began to notice his success and teasingly encouraged him to consider practicing law.

Since then, Richard Corey Enterprise Law has grown exponentially. He focuses on civil litigation and general business law, though he practices everything from entertainment law to criminal defense and estate planning. Drawing upon his own experience in the entertainment industry, Corey has established himself as an asset for many local recording artists and current and former professional athletes.

“We have a small team, and are able to take a personal approach as a result,” says Corey. He is dedicated to being hands-on with each of his clients. Corey lives by the motto of changing challenges into opportunities through a unique combination of ambition, creativity, and innovation. For Corey, that combination has been his secret to win both in and outside of the courtroom.

“Winning a case all comes down to a level of preparedness,” explains Corey. He takes his time learning every detail of the case and every word of case law. Though this is no simple feat, he has discovered that preparation is a key element in his formula to success.

While not in the courtroom, Richard Corey is a successful author, speaker, and member of his community. In 2013, he published his first book, The Blueprint: Bridging the Gap Between You and Your Vision. This novel, loosely based on the life of the fictional Richard Cory, explores the American Dream and the universal truths that one can apply to experience success. By relying on his fundamental principles, Corey knows that there is nothing he cannot achieve if he simply applies the right structure and strategy.