What Are Electoral Reforms? Know History of Polls in India Ahead of Lok Sabha Elections 2019

Election Commission should strictly implement the anti-corruption laws and must be provided more power to deal with corruption cases. 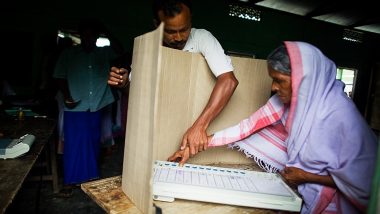 The nation is going to embrace its 17th Lok Sabha Elections, starting April 11, 2019. Conducting transparent and peaceful elections in a country which is the world's largest democracy and has the second highest population is not easy. The Election Commission of India (ECI) works towards strengthening and smooth conduct of elections. To ensure trouble-free elections, the EC has brought about some major reforms in the election process. Such reforms are called electoral reforms. Electoral reform is a continuous process and EC, judicial institutes and Parliament have worked together with the common goal of increasing transparency and participation of all eligible voters in elections. Introduction of Electronic Voting Machines (EVMs) and VVPATs are an example of major electoral reforms. The EC has introduced NOTA as an option to voters who are not interested in giving their votes to the candidates in their constituencies. But there is still a lot to be done.

The first Lok Sabha elections in India were held in 1952. A total of 53 political parties participated in the first elections that consisted of 849 candidates. The minimum age for voting at that time was 21 years, which the Election Commission reduced to 18 years, later. The bill for amendment in Article 326 was introduced in Parliament to reduce the minimum age for voting to 18 years and was passed on December 20, 1988. This was a major reform as it allowed youth to participate in election and become a part of the political process. Before India, countries like United Kingdom (1969), United States of America (1971) and France (1974) had the minimum voting age of 18 years, and the debate is on in a few countries to further reduce the minimum age of voting to 16 years. Model Code Of Conduct And Lok Sabha Elections 2019: Are All Political Parties Blatantly Disrespecting Aachar Sanhita?

The difference between legal and illegal expenditure by political parties during election has increased to an alarming level. The Election Commission has set a limit for candidates to spend on elections. The EC allows an expense of Rs 70 lakh for the candidates of all states except Union territories and small states. In Union territories and small states this amount is limited to Rs 54 lakh. However, the amount spent by candidates is much higher than the sum allowed by EC. The Election Commission needs to find ways to curb these expenses. What Is EVM? FAQs Answered on Electronic Voting Machine Ahead of Lok Sabha Elections 2019.

Introduction of EVMs and VVPATs is also a major form of electoral reform. The EVM was first introduced in the country during by-elections in Kerala in the year 1982. They became fully operational from the Lok Sabha Elections in 2004. Due to rising speculations of EVM hacking, Election Commission brought into practice the Voter verifiable paper audit trail (VVPATs) in 2018. VVPATs help voters to ensure that the vote is cast correctly. The solution was first demonstrated in New York (March 2001).

Postal voting is used when the voter is unable to reach the polling booth due to various reasons, the voter may be differently-abled or the voter may be living away from the place he is entitled to vote at. In India, many voters are unable to vote as they live far from their constituencies and the Election Commission has so far not succeeded in including such voters in the electoral process. To increase the voter turnout, the country needs reforms to enable such voters to vote via postal voting or other means. Postal voting was first introduced in Australia (1877) and an upgraded method was used in South Australia in 1890. Using postal voting method leads to higher voter turnout, but this method may increase the chances of vote-rigging and electoral frauds.

The Election Commission of India has worked enormously towards keeping politics criminal-free in India. Decriminalisation of politics is essential because if a criminal is elected as a minister, it will hinder the smooth functioning of the system as he/she could control the law and amend it for their personal gains. The EC has introduced reforms for disqualification of such candidates in elections. It has introduced laws that restrict a candidate from contesting elections if he/she has been sentenced by court for a period of 2 years or more. The EC has also made efforts to keep a check on the funding of political parties, but that continues to be a burning issue. To keep politics free from criminals and stop use of black money for winning elections, EC must take steps towards stricter implementation of such reforms.

The Press Club of India defines paid news as any news that is published in print or electronic media in exchange of cash or kind. Such news is sponsored by politicians to clean their image in the eyes of voters for achieving their political motives. Election Commission should be given a free hand to identify such news and take strict actions against such publications and channels. The political propaganda presented as 'news' must be stopped and voters must be kept away from any misinformation.

Apart from this Election Commission should also focus on strong implementation of Model Code of Conduct (MCC) and make sure that political parties adhere to MCC. EC should take stringent action against political parties violating the MCC. Election Commission should strictly implement the anti-corruption laws and must be provided more power to deal with corruption cases. This will result in smooth and transparent conduct of Elections in India.

(The above story first appeared on LatestLY on Apr 09, 2019 04:12 PM IST. For more news and updates on politics, world, sports, entertainment and lifestyle, log on to our website latestly.com).