Shashank had allegedly sought deployment of additional central armed police forces (CAPF) in the state and complained to the EC that the state's former principal secretary Lalnunmawia Chuaungo was interfering with the poll process. 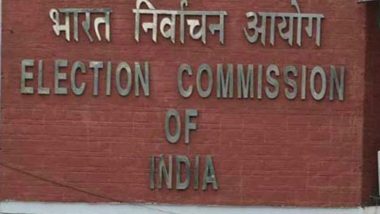 Aizawl November 9: A high-level team of Election Commission (EC) officials would be arriving in Mizoram on Friday to hold talks with top government officials and leaders of civil societies over the crisis that has rocked the poll arrangements in the state, official sources said. The team, led by Deputy Election Commissioner Sudeep Jain, would be visiting the state two days after Chief Electoral Officer S B Shashank was summoned to Delhi by the EC, following a massive agitation for his ouster by NGO Coordination Committee - a conglomerate of civil societies and student organisations.

Shashank had allegedly sought deployment of additional central armed police forces (CAPF) in the state and complained to the EC that the state's former principal secretary Lalnunmawia Chuaungo was interfering with the poll process. Chuaungo, a native of Mizoram and a Gujarat-cadre IAS officer was relieved of his duties earlier this month. Mizoram Assembly Polls 2018: Election Commission Rejects BJP’s Appeal to Extend Nomination Deadline.

The committee, along with other political leaders, had been demanding Shashank's exit from the state since then. The NGO also demanded that 11,232 Bru voters lodged in six Tripura relief camps be allowed to exercise their franchise at their respective polling stations in Mizoram and not in Tripura as committed by the poll panel in 2014. Thousands of people from the Bru community had fled Mizoram in 1997 following ethnic clashes. They have since been lodged in six relief camps in Tripura.

Election to the 40-member Mizoram Assembly will be held on November 28.

Friday is the last day for filing poll nominations, the list of which is expected to be released by 5pm. A three-member EC team that visited the state on Tuesday night held talks with the government officials and the NGO to resolve the crises in the poll-bound state. The meeting, however, remained inconclusive as the team said the final call would be made by the EC.