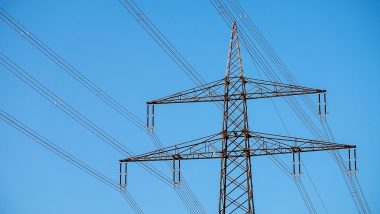 Mumbai, June 30: After Mumbaikars complained of inflated electricity bills for the month of June, Adani Electricity, Mumbai took to Twitter to inform people how the bill was calculated. The power distribution firm said the meter services were suspended during the lockdown period due to COVID-19 pandemic for the safety of the customers. The electricity bills were generated on the lower side, being an average of the preceding three months (bills of December, January and February.

An AEML spokesperson was quoted in a statement saying that the company has re-started physical meter reading which was temporarily halted since March because of coronavirus. AEML has maintained that due to the pandemic, meter reading was discontinued from March 22 as per MERC’s directives and has been gradually resumed from June. Mumbaikars Feel the Heat of Inflated Electricity Bills, Angry Consumers Question MSEDCL, Adani Power on Twitter.

Have queries regarding your current bill? Here's everything you need to know about how it was calculated.

Residents across Mumbai have complained about abnormally high bills during the month of June. The power bills have been more than three times their normal usage. The Maharashtra Electricity Regulatory Commission (MERC) said on Monday that the electricity bills issued to the consumers for June by the four main companies in Mumbai are as per the rules.

(The above story first appeared on LatestLY on Jun 30, 2020 12:51 PM IST. For more news and updates on politics, world, sports, entertainment and lifestyle, log on to our website latestly.com).