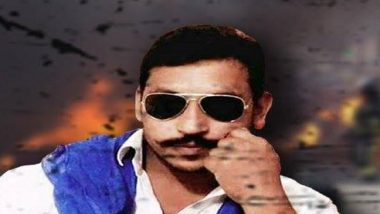 According to a  report published in News18, Chandrashekhar will be released due to the poor health of his mother. He came to limelight after clashes of Bhim Army activists with police on May 9, 2017, in Saharanpur. More than 20 vehicles were torched as members of the Dalit outfit blocked traffic to protest police action against a group of peaceful protesters. The Bhim Army chief was among various other persons charged with looting and rioting.

He was arrested jointly by Saharanpur police and a special task force of UP police from Dalhousie in Himachal Pradesh on June 8. The Allahabad HC granted him bail on November 2 in four cases, but the state government immediately charged NSA on him extending his jail term. According to the report, the government had slapped NSA charges two more times extending Chandrashekhar's stay in the prison.

Earlier this year Bhim Army spokesperson Ravi Kumar Gautam had also accused the BJP-ruled regimes in UP and neighbouring states of acting soft against the Karni Sena cadres, despite their blatant violations of the law and order.

(The above story first appeared on LatestLY on Sep 13, 2018 08:48 PM IST. For more news and updates on politics, world, sports, entertainment and lifestyle, log on to our website latestly.com).