Voluminous historical files and archival materials have been collected on the Tai Khamti rebellion of 1839, said to be Indias first war of independence, and other related documents dating back to the 1830s and housed in the British Library London. 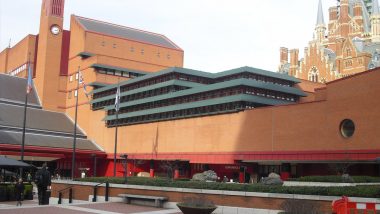 Itanagar, June 26: Voluminous historical files and archival materials have been collected on the Tai Khamti rebellion of 1839, said to be Indias first war of independence, and other related documents dating back to the 1830s and housed in the British Library London.

According to Arunachal Pradesh Deputy Chief Minister Chowna Mein, the 1839 struggle by Tai Khamti was India's first war of independence.

The Deputy CM said at a recent function that the Sepoy Mutiny of 1857 may not be India's first war of independence and the first such war, not recognised by Indian history, took place in 1839 between the indigenous Tai Khamti people and the British.

The voluminous historical and archival material on the Tai Khamti rebellion and other related documents from British Library London were recently collected by Nepha Wangsa, who has been working for indigenous people in Arunachal Pradesh for the past many decades.

The documents are basically manuscripts recorded by the British administration of their official correspondence and other related activities in India.

Wangsa, who is currently part of the research team of the History department of Rajiv Gandhi University (a central varsity), has been collecting digitised archival material from India and abroad including the US since many years as he started working on the Wancho-Anglo war at Ninu of 1875-76.

The most important historical and archival materials in digital format were collected to mark the historic events and to commemorate the significance of the research work on the unsung indigenous heroes of Arunachal Pradesh.

The British Library has taken fees to provide the historical and archival material.

"The historical and archival material of 1292 pages would be carefully preserved in the state archive for the future generations," Wangsa, who is the Member Secretary, Sub-Committee Unsung heroes of Arunachal Pradesh, told IANS. See Mementos, Fetters of Freedom Fighters, Including Jawaharlal Nehru, Ram Prasad Bismil and Ashfaqulla Khan in This Museum.

He said that the Rajiv Gandhi University has formed four teams comprising experts, historians and intellectuals to prepare authentic reports on the unsung indigenous heroes of various wars of Arunachal Pradesh.

"The government has yet to properly recognise the contributions, sacrifice and heroic struggle of the unsung indigenous heroes of various wars of Arunachal Pradesh," said the researcher.

Wangsa, who is also writing a book on the Khamti rebellion and the Wancho-Anglo war, said that Deputy Chief Minister Chowna Mein is the key guiding figure to collect the historical material from the British Library and to carry forward the project.

Referring to various documents and facts, Wangsa said that Chaupha Planglu alias Ronua Gohain, the Chief of the Tai Khamtis led the war against the Britishers on January 28, 1839 at Sadiya.

He had been preparing to oust the British from the land and establish an independent Tai Khamti state at Sadiya.

The Tai Khamti people witnessed the gradual imposition of British rule over their territory.

A series of incidents made young Tai Khamti Chief, Chowpha Planglu and his sons and brothers to plan to end British rule and establish an independent state.

On January 28, 1839, the Tai Khamti warriors were ready to strike. They had called on other inhabitants of Sadiya to join the war.

Chowpha Phanglu faced British officer Colonel Adam White and cut him down while his men attacked with their spears.

For the next over five years, the Tai Khamti men fought against the successive punitive expeditions to their land and the British government came up with a plan to disperse the Tai Khamti population. They were despatched to different parts of Assam's Dibrugarh, Demaji, Lakhimpur, Chanpura, Narayanpur.

The Tai Khamti people, who follow Theravada Buddhism, number a little more than 1,00,000 and live in areas straddling Arunachal Pradesh and Assam.

The History Department of the Rajiv Gandhi University also constituted a research team on the Anglo-Abor Wars.

The Adi tribals of Arunachal Pradesh fought four battles against the British between 1858 and 1912 to protect their land from the colonisers and they were called the Anglo-Abor Wars.

The fourth and last war in 1911-12, which is one of the most important Anglo-Abor Wars in the history of the freedom movement in Arunachal Pradesh also known as the Poju Mimak, was fought from October 6, 1911 to January 11, 1912.

(The above story first appeared on LatestLY on Jun 26, 2022 12:08 PM IST. For more news and updates on politics, world, sports, entertainment and lifestyle, log on to our website latestly.com).