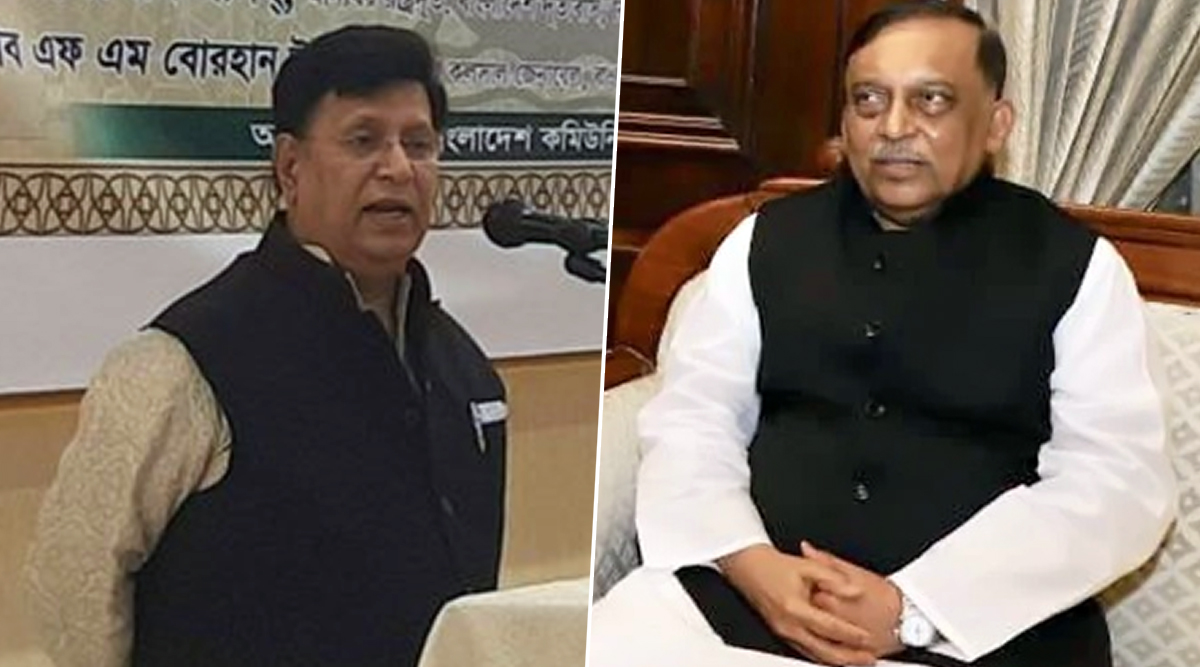 Dhaka/New Delhi, December 12: Two ministers of Bangladesh on Thursday cancelled their visit to India as violent protests against the Citizenship Amendment Bill 2019 continued in northeastern states. Bangladesh Home Minister Asaduzzaman Khan called off his visit to Meghalaya where the state government has suspended mobile internet services for 48 hours. Khan was scheduled to visit Meghalaya for an event on December 13. Earlier today, Bangladesh Foreign Minister AK Abdul Momen cancelled his visit to India, citing engagements at home.

"I had to cancel my trip to New Delhi as I have to participate in the 'Buddijibi Debosh' and 'Bijoy Debosh' and more so as our State Minister is out of the country in Madrid and our Foreign Secretary is in The Hague," Momen was quoted by news agency ANI as saying. "Given the increasing demand at home, I have decided to cancel the visit. However, I am looking forward to attending the next meeting in January. I am sending our DG to attend the event," he added. He was scheduled to attended events and meetings from December 12 to 14. CAB 2019 Passed in Rajya Sabha: IPS Officer Abdur Rahman Quits Service in Protest, Says 'Bill Against Religious Pluralism of India'.

Shortly before cancelling his India trip, Momen urged India to not to take any measures which would detrimentally affect the bilateral relationship. "They (India) have many problems within their country. Let them fight among themselves. That does not bother us. As a friendly country, we hope that India will not do something that affects our friendly relationship," he was quoted by Bangladeshi media as saying. He rebuked India's Union Home Minister Amit Shah's statement that Bangladesh began persecution of minorities after Sheikh Mujibur Rahman's death.

India's Ministry of External Affairs (MEA), however, cautioned media against "reading too much" into Momen's decision. "We know the visit has been cancelled... I understand the Foreign Minister has given an explanation. Our relations are strong, like our two leaders have said repeatedly said, and I don't think this cancellation will have any effect," MEA spokesperson Raveesh Kumar was quoted by news agency ANI as saying. Massive protests broke out in parts of the northeast following the passage of the Citizenship Bill.

The CAB seeks to provide Indian citizenship to all immigrants fleeing persecution in Pakistan, Bangladesh and Afghanistan - but not if they are Muslim. Many see the CAB exercise through the prism of nationwide National Register of Citizens (NRC) drive. While non-Muslims left out of the proposed nationwide NRC would be able to get citizenship under the CAB, Muslims who could not make the list may be deported.