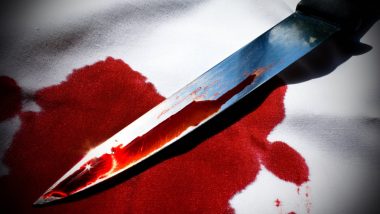 Chennai, September 22: In a shocking incident, a 59-year-old woman was beheaded on Wednesday as revenge for the 2012 murder of Dalit leader Pasupathi Pandian and her decapitated head placed in front of his residence in Tamil Nadu's Dindigul, police said. The gruesome murder of Nirmala Devi occurred at Chettinayikanpatti area of Dindigul.

A gang had barged into Pandian's residence in January 2012, killing him instantly. Five persons were killed as revenge for the killing of the Dalit leader even though a trial in the case was taking place. Nirmala Devi was accused of helping the killers find a house to stay in Dindigul.

Police said that Nirmala Devi was involved in allocation of Mahatma Gandhi National Employment Guarantee Scheme work in the morning when armed men attacked her with matchets, swords, and other lethal weapons. IGP Anbu told media persons that a manhunt is on to nab the culprits.

(The above story first appeared on LatestLY on Sep 22, 2021 07:59 PM IST. For more news and updates on politics, world, sports, entertainment and lifestyle, log on to our website latestly.com).