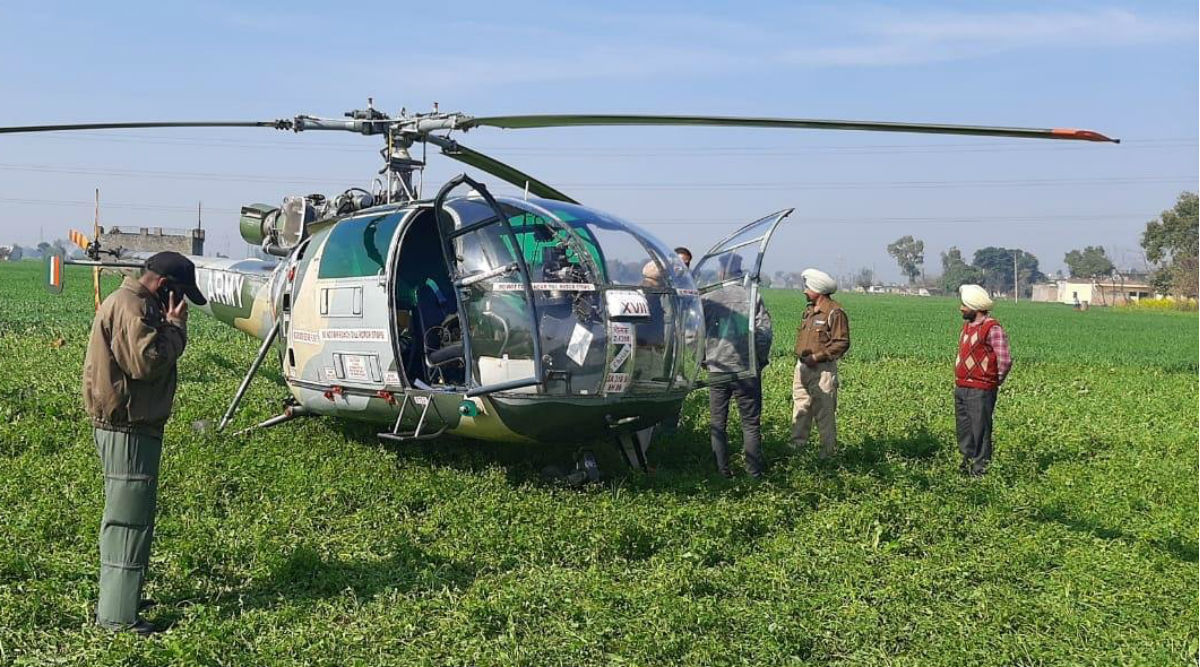 Chandigarh, February 13: An Indian Army Chetak helicopter on Thursday made a precautionary landing in Ropar area of Punjab after warning of a possible technical snag in controls. According to details by Army Sources, all crew members in the chopper are safe. Reports inform that the Chetak helicopter had taken off from Patiala in Punjab. A latest update by ANI stated that another Army chopper is on way to the landing site.

In another similar incident, a Chetak CH442 chopper had crash landed at INS Rajali in Tamil Nadu in October last year. The helicopter crashed during a training sortie. Reports inform that the Chetak helicopter was carrying out dry winching.

Army Sources: An Indian Army Chetak helicopter made a precautionary landing in Ropar after warning of a possible technical snag in controls. All crew are safe in the chopper, which had taken off from Patiala. Another Army chopper is on way to the landing site. #Punjab https://t.co/ur9zCIII72 pic.twitter.com/1o2t4tJpWy

In October 2019, a similar incident was reported from Faridabad where a pilot of a private chopper was injured after being hit by the rotor blades. Reports inform that it was a lucky escape for the pilot who ducked in time and survived.  The video of the accident was widely shared on social media.

In August, another Chetak helicopter of the Indian Air Force (IAF) made an emergency landing in a village in Siddipet in Telangana after technical snag. Reports informed that it was on routine training and took off from Hakimpet base of Hyderabad.