Coal Shortage in India: States Stare at Power Blackout Due to Depleting Coal Stock; Here's Everything You Need to Know About Looming Energy Crisis

While the demand for power is steadily rising, domestic coal production is significantly affected. 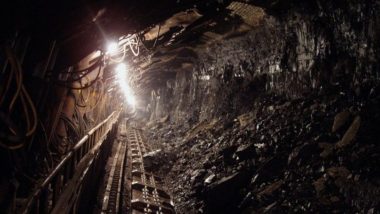 New Delhi, October 10: A number of states in India say they are staring at power blackout as they are running out of coal at an alarming pace. While the demand for power is steadily rising, domestic coal production is significantly affected due to heavy rains in many parts of the country. Meanwhile, the central government has acknowledged the crisis following the depletion of coal supply and assured that the situation will normalise in next three-four days. Delhi Stares at Power Blackout As Power Plants Supplying Electricity Facing Acute Coal Shortage, Says Satyendar Jain.

India is the world’s largest coal consumer after China. China too is facing coal shortage and has ordered closure of factories and schools to manage the situation. While Union Power Minister RK Singh dismissed media reports of coal shortage in the country earlier this week, many states say they are at the brink of an electricity blackout. Power Crisis in China: Chinese Govt Orders Coal Mines to Increase Production.

Delhi Chief Minister Arvind Kejriwal on Saturday wrote a letter to Prime Minister Narendra Modi stating that coal shortage "has affected the power generation from the major Central Generating Plants supplying power to NCT of Delhi". Chhattisgarh Chief Minister Bhupesh Baghel said the state is making all efforts to avert coal shortage situation. In Punjab, power plants are reportedly left with coal stock of up to five days and the state government has imposed rotational load shedding at several places.

According to a report by IANS, a power crisis is looming over Uttar Pradesh in the wake of shortage of coal. Officials of the Uttar Pradesh Power Generation Company were in touch with the coal ministry for improving the situation. In South, Tamil Nadu is facing a shortage in the coal supply since the last week of September. Andhra Pradesh Chief Minister YS Jagan Mohan Reddy has sought PM Modi's urgent intervention in view of the alarming situation in the state due to unfolding energy crisis.

Union Coal Minister Pralhad Joshi on Saturday assured that the situation will normalise in next three-four days. The Power Ministry also issued a statement citing four reasons responsible for the depletion of coal supply.

"There are four reasons for the depletion of coal stocks at the power plant end- unprecedented increase in demand of electricity due to revival of economy; heavy rains in coal mine areas during September, 2021 thereby adversely affecting the coal production as well as despatch of coal from mines; increase in prices of imported coal to unprecedent high level leading to substantial reduction in power generation from imported coal based power plants leading to more dependence on domestic coal; non-building of adequate coal stocks before the onset of Monsoon," the Power Ministy said.

"There are also legacy issues of heavy dues of coal companies from certain states viz., Maharashtra, Rajasthan, Tamil Nadu, UP, Rajasthan and Madhya Pradesh," it added. An inter-Ministerial sub-Group led by Ministry of Coal has been monitoring the coal stock situation twice a week.

(The above story first appeared on LatestLY on Oct 10, 2021 12:09 PM IST. For more news and updates on politics, world, sports, entertainment and lifestyle, log on to our website latestly.com).