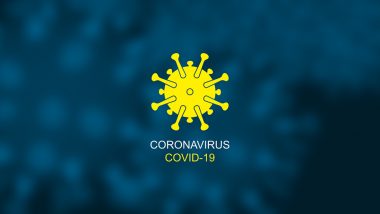 Rohtak, November 18: Hari Chand Hooda, who is 100 years old, has defeated coronavirus (COVID-19). Hari Chand Hooda, who once defeated former Haryana Chief Minister Bhupinder Singh Hooda and his father Ranbir Singh in elections, tested negative for coronavirus on November 16 and was discharged from a private hospital. The former legislator or MLA had tested positive a week ago. Haryana Govt Extends Till Dec 31 Duration of Parole for Prisoners Released During COVID-19.

Hari Chand Hooda's son Ram Niwas Hooda said doctors were surprised to see that his father's health parameters were normal despite his old age. "My father did not have blood sugar, blood pressure or any other ailments even at this age," he was quoted by TOI as saying. He added that his father got the infection from him. While Hari Chand Hooda has been discharged, his son remains hospitalised. Haryana Health Minister Anil Vij Volunteers for Covaxin Phase 3 Trials; Bharat Biotech's COVID-19 Vaccine To Begin Trials in State from November 20.

Hari Chand Hooda completed postgraduation from the Delhi University and joined the Indian Army. He was sent to prison during the Emergency. A total of 2,04,477 people have been tested positive for coronavirus in Haryana so far. The total number of active cases in Haryana is 19,153 while 1,83,261 people have been discharged so far. The death toll in the state stood at 2063.

(The above story first appeared on LatestLY on Nov 18, 2020 12:58 PM IST. For more news and updates on politics, world, sports, entertainment and lifestyle, log on to our website latestly.com).