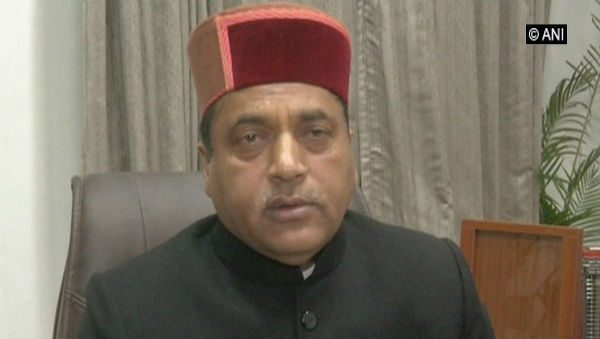 Shimla, April 5: Himachal Pradesh Chief Minister Jai Ram Thakur on Sunday asked all Tablighi Jamaat members who had attended the group's congregation in Delhi's Nizamuddin, a COVID-19 hotspot, to come forward for testing by 5 pm, failing which action will be taken against them.

Three of the seven persons who tested positive for coronavirus in the state on Saturday were Tablighi Jamaat members, he said. Earlier in the day, Director General of Police, Himachal Pradesh, Sita Ram Mardi had issued a similar warning to district heads of Tablighi Jamaat. Tablighi Jamaat Members From Malaysia Intercepted By Delhi Police At IGI Airport Trying To Board Special Repatriation Flight To Home Country.

He asked them to disclose details of all those who came to the state after attending the congregation in Delhi's Nizamuddin West area last month.

Thakur claimed Tablighi Jamaat members are not cooperating with the authorities.

He asked all Tablighi Jamaat members who attended the Delhi congregation to come forward for medical check-up by 5 pm on Sunday and warned of strict action against those who do not comply with the order.

The chief minister said the three members of the group who tested positive on Saturday were hiding in a mosque in Solan district's Nalagarh and their samples were collected from there. The three were admitted to Indira Gandhi Medical College here at 6.30 am on Sunday, Senior Medical Superintendent, IGMC, Dr. Janak Raj said. Catch the live updates on coronavirus outbreak in India and other parts of the world.

They are residents of Uttar Pradesh and had come to Himachal Pradesh's Nalagarh area from Nizamuddin on March 18. Their contacts are being traced so that they can be quarantined, he said. With the seven fresh infections, the number of coronavirus cases in Himachal Pradesh has risen to 14, Additional Chief Secretary (Health) R D Dhiman said on Saturday.

These include two patients who have recovered and as many deaths. There are 10 active cases in the state, he said. Of these, six are Tablighi Jamaat members, according to officials. The remaining three are being treated at Dr. Rajendra Prasad Government Medical College (RPGMC) in Kangra district's Tanda, they said.