In Consensual Relationship, No Rape Case if Promise To Marry Not False at inception, Says Supreme Court

The bench noted the contents of the FIR and the statement of the woman recorded under 164 CrPC (statement before a magistrate) establishes that the relationship between the accused and the woman was of a consensual nature and they were in the relationship for a period of one and half years. 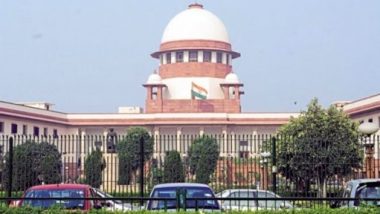 New Delhi, March 6: The Supreme Court has said if a couple had a consensual relationship, and there was no allegation of a false promise made to the woman at the inception, then it isn't rape. The top court quashed the FIR registered by a woman alleging rape by the accused in guise of false marriage promise.

A bench comprising Justice D.Y. Chandrachud and M.R. Shah said: "There is no allegation to the effect that the promise to marry given to the second respondent (woman) was false at the inception. On the contrary, it would appear from the contents of the FIR that there was a subsequent refusal on the part of the appellant (accused) to marry the second respondent which gave rise to the registration of the FIR."

The bench noted the contents of the FIR and the statement of the woman recorded under 164 CrPC (statement before a magistrate) establishes that the relationship between the accused and the woman was of a consensual nature and they were in the relationship for a period of one and half years. 'Will You Marry Her?' Supreme Court Asks Rape Accused Seeking Protection from Arrest.

The bench noted that contents of the woman's statement indicate that she had "voluntarily developed relationship of husband-wife with him". The bench said that to establish whether the "consent" was vitiated by a "misconception of fact" arising out of a promise to marry, two propositions must be established. "The promise of marriage must have been a false promise, given in bad faith and with no intention of being adhered to at the time it was given. The false promise itself must be of immediate relevance, or bear a direct nexus to the woman's decision to engage in the sexual act", observed the top court.

The accused had moved the top court after his plea seeking quashing of the FIR was dismissed by the Allahabad High Court. Citing the FIR and statement under 164 CrPC, the counsel for accused argued that there was absolutely no intent on the part of his client, when he entered upon the relationship, not to marry the woman nor can it be even suggested that the promise to marry was false.

The woman's counsels, citing the High Court judgment, submitted the victim's complaint on the basis of which the FIR was registered indicate the accused had developed a friendship with his client on the assurance of marriage. Supreme Court Acquits Man of 20 Years Old Charges of Rape & Cheating, Says 'No Woman After Being Sexually Assaulted at Knifepoint Can Live in For 4 Years'.

Advocate Vishnu Shankar Jain, appearing for the Uttar Pradesh government, objected to the quashing of the FIR. The top court set aside the High Court order of September 26, 2019. "In view of the reasons which have been adduced earlier, the charge sheet dated 25 April 2018, which has been filed in pursuance of the investigation which took place, shall stand quashed. The order of the trial court dated 3 October 2018 taking cognizance shall accordingly stand quashed and set aside", said the top court.

It was alleged in the FIR that parents of the accused were agreeable to the couple getting married, but in the statement, the woman said the accused and his family members are refusing for the marriage and that her sole grievance is that the accused has refused to marry her.

(The above story first appeared on LatestLY on Mar 06, 2021 09:15 PM IST. For more news and updates on politics, world, sports, entertainment and lifestyle, log on to our website latestly.com).