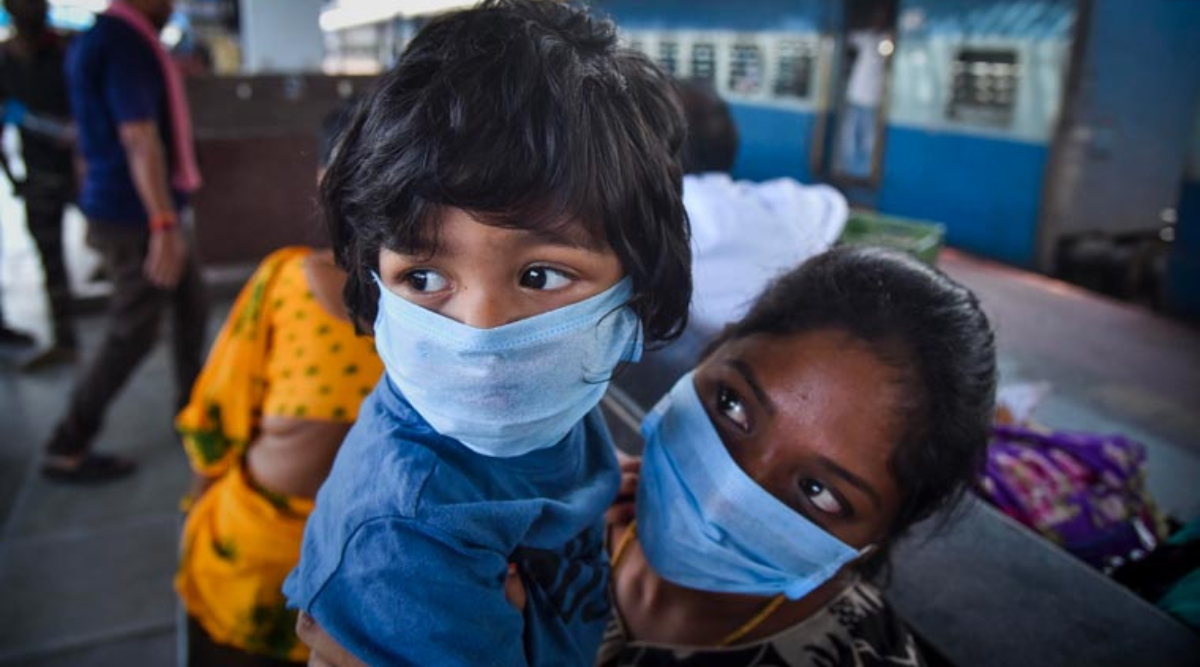 A child wearing a mask to get protected from coronavirus. (Photo Credit: PTI)

New Delhi, April 6:  India would require 27 million N95 masks, 15 million PPEs, 1.6 million diagnostic kits, and 50,000 ventilators in the upcoming 2-3 months to combat coronavirus, said a report published in the Indian Express. The report states that Centre has already dicsussed the matter with industry bodies and asked the government officials to coordinate with private sector, NGOs and international organisations. The decision has been taken after the rapid spread of coronavirus in the country, killing 83 people and infecting 3494 others.

According to the report, a meeting took place on April 3 of the empowered group of officials, which was chaired by the the NITI Aayog CEO Amitabh Kant. An official said, as the daily quoted, "Demand for 27 million N95 masks, 1.6 million testing kits and 15 million PPEs by June 2020 is estimated and actions are being taken to procure them." India Orders 10 Lakh Personal Protective Equipment Kits From Singapore as Number of Coronavirus Cases Rise, Domestic Firms Asked to Manufacture 40,000 Ventilators.

Elaborating more about the government plan of action, the official stated the government's response arrived after the industry body wanted a clarity on 'the projected demand and supply environment of PPEs'. Based on the clarity from the government side, the industry would plan and make investments for the next 6-12 months, adds the report.

The officical further said, "The demand of ventilators has been estimated to be 50,000 by June 2020. Out of these, 16,000 are already available and orders has been placed for 34,000 ventilators. To facilitate procurement of ventilators and other PPEs from abroad, MEA (Ministry of External Affairs) has been taken on board."

Earlier on March 30, the Indian government had confirmed that they have ordered 10 lakh personal protective equipment (PPE) kits through External Affairs Ministry on a Singapore based platform and supplies will commence soon. The Health Ministry also stated that 10,000 PPE overalls donated by Red Cross have been received and were being distributed on March 30 to combat COVID 19. India's COVID-19 Tally Rises to 3,577 After 505 New Cases Reported in Last 24-Hour, Total Deaths 83.

The Health Ministry added that 11 domestic producers of PPE coveralls have qualified so far and orders for 21 lakh have been placed on them. It also said that two domestic manufacturers will produce 50,000 N95 masks per day and expected to go up to 1 lakh per day within next week. Hospitals in India have 11.95 lakh N95 masks in stock and an additional five lakhs were distributed during last two days, while 1.40 lakhs being distributed on that day.