India-US 2+2 Dialogue to Be Held on December 18 in Washington, Says MEA 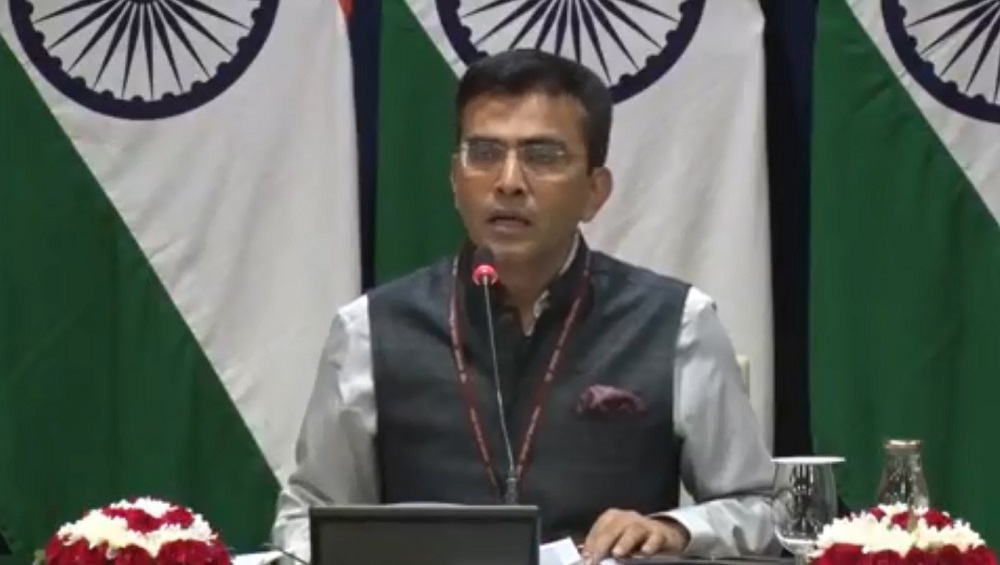 The two ministers will meet their US counterparts for a "comprehensive review of cross-cutting foreign policy and defence and security issues" in relations. Both sides will "exchange views" on salient regional and global issues. 9th India-US Strategic Security Dialogue: US Affirms Plan for 6 Nuclear Plants in India.

The India-U.S. 2+2 Ministerial Dialogue was initiated in September 2018.The MEA spokesperson said since the inaugural edition of this dialogue in September 2018, relations between India and the U.S. have further expanded.

"The 2+2 Dialogue will take stock of these growing relations and provide strategic guidance for their further development," he said. The first round of the meeting on the 2+2 Ministerial Dialogue was held in New Delhi in September 2018 and had focused on the need for upholding peaceful resolution of territorial maritime disputes, promoting market-based economics, supporting good governance, fundamental rights, and liberties, and preventing external economic coercion.

The 2+2 Dialogue between India and the US was launched as a reflection of the shared commitment by Prime Minister Modi and US President Donald Trump to provide a positive, forward-looking vision for the India-US strategic partnership and to promote synergy in their diplomatic and security efforts, the US Embassy had said in its statement.