According to Interpol, the app allows those on the frontlines of protecting heritage to document the state of heritage sites, including historical monuments and archaeological sites. The generated data can be later used as evidence or basis for reconstruction if ever the site is looted or destroyed. 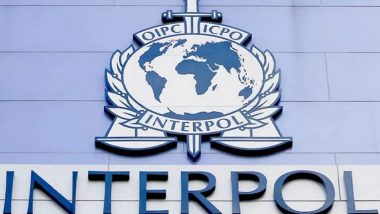 Prevention of illicit trade in antiquities has emerged as a crucial area of collaboration. Reacting swiftly to the situation, the International Criminal Police Organization, INTERPOL, earlier this month launched a mobile application that can help in retrieving stolen works and artifacts. The International Police Organization also emphasized safeguarding the cultural heritage, as it highlights the cultural history of the nations.

Using cutting-edge image-recognition software, ID-Art, allows users to search about the stolen object from the list of 52,000 items enlisted in INTERPOL’S data by uploading a picture. The data can be accessed manually also. US President Joe Biden Asks His Intelligence Agencies to Redouble Efforts To Trace Origins of COVID-19.

The app also enables users in creating an inventory of private art collections and report cultural sites potentially at risk. According to Interpol, the app allows those on the frontlines of protecting heritage to document the state of heritage sites, including historical monuments and archaeological sites. The generated data can be later used as evidence or basis for reconstruction if ever the site is looted or destroyed.

“This new tool is a significant step forward in enhancing the ability of police officers, cultural heritage professionals, and the general public to protect our common heritage,” said INTERPOL Secretary General Jürgen Stock.

As per the data available around 138 stolen or lost antiquities from India have been listed on the application. From the sculptures like goddess Durga in a meditation pose presumably from 9th -10th century A.D. to Garuda seated on a lotus pedestal dating back to 12th century A.D., or the 10th century stolen Goddesses Yamuna and Ganga idol stand in the list of INTERPOL’S 52,000 stolen items from across the world. US Congressman Brad Sherman Looks Forward to Meeting EAM S Jaishankar To Discuss Global COVID-19 Vaccine Production, Security Issues in Indo-Pacific.

With the help of ‘ID-Art’, recently Italy successfully managed to retrieve its two stolen statues. In addition, authorities in the Netherlands recovered two stolen paintings after the Dutch Art Crime Unit identified the paintings with the help of the app.

Also, India has ramped up its efforts for the early repatriation of its stolen antiquities from foreign soil. Earlier this year, the Union Minister for Culture and Tourism Pralhad Singh Patel in a reply to Parliament said that during the last five years, 36 antiquities have been retrieved from various foreign countries.

(The above story first appeared on LatestLY on May 27, 2021 03:32 PM IST. For more news and updates on politics, world, sports, entertainment and lifestyle, log on to our website latestly.com).