ITC Maurya Ordered to Pay Rs 2 Crore as Compensation to Woman for Wrong Haircut, Treatment by Its Salon

The National Consumer Disputes Redressal Commission has directed ITC Maurya to pay a compensation of Rs 2 Crore to a woman for bad haircut and hair treatment that damaged her hair. 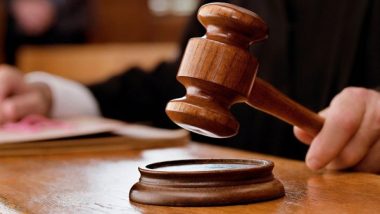 New Delhi, September 24: Hotel ITC Maurya has been directed by the National Consumer Disputes Redressal Commission to pay a sum worth Rs 2 crore has a compensation to a woman for wrong haircut and hair treatment she received at a salon in their hotel in Delhi in 2018. The complainant in the case, Aashna Roy, had said that despite specific instructions for "long flicks, layers covering her face in the front and at back, and 4-inch straight hair trim from the bottom”, the hairstylist had “chopped of her entire hair leaving only 4-inch from the top touching her shoulder."

Roy was given a hair treatment by the salon post the wrong haircut which further damaged her hair. She said that the haircut and treatment left her "with little or almost no hair." She wanted to continue with modelling assignments which were mostly related to hair products. The complainant was reportedly also offered a role in a movie. Roy went through a mental breakdown and even lost her job as a management professional. Shoppers Stop Outlet at Inorbit Mall to Pay Rs 4,000 to Mumbai Man After He Files Complaint in Consumer Court For Charging Extra VAT.

The commission observed that the complainant had lost her expected modelling assignment due bad haircut against her instructions by the opposite ITC Hotels Ltd which "changed her lifestyle and shattered her dream to be a top model," reported the Indian Express. The commission also observed that the chemicals used in the treatment caused permanent damage to her scalp and held the hotel chain liable for 'medical negligence'. Railways Fined Rs 13,000 by Consumer Court as Passenger Carries Ticket Dated 3013.

The commission noted, "It is submitted that she has gone through the pain and trauma for the last two years after this incident." The ITC group has been directed to pay a compensation worth Rs 2 crore to the complainant within eight weeks of the judgement for 'deficiency in service' and 'medical negligence in hair treatment'.

(The above story first appeared on LatestLY on Sep 24, 2021 09:41 AM IST. For more news and updates on politics, world, sports, entertainment and lifestyle, log on to our website latestly.com).