Notably, the case has been formally transferred to the Crime Branch of the Delhi Police. 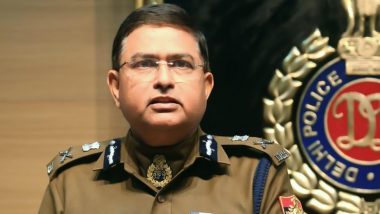 "The case will be probed from all angles and we will ensure that anyone who participated in the violence, whether directly or indirectly, is brought to the book," the Commissioner said in a media briefing. Jahangirpuri Violence Case: Delhi Police Crime Branch To Investigate Case of Communal Clashes.

He informed that the Intelligence Fusion and Strategic Operations (IFSO) unit of the Special Cell has been given the task to do detailed analysis of all the digital evidence and identify the suspects who were involved and initiate a legal action against them.

Notably, the case has been formally transferred to the Crime Branch of the Delhi Police.

"The Crime Branch has formed around 14 teams who will probe the incident from all angles. They have already initiated the investigation from yesterday and we will regularly share the updates during the investigation," the top Delhi Police official said.

(The above story first appeared on LatestLY on Apr 18, 2022 02:38 PM IST. For more news and updates on politics, world, sports, entertainment and lifestyle, log on to our website latestly.com).