Jammu and Kashmir: 150 Militants Ready at Launchpads Across LoC to Infiltrate Into J-K, Says Army Officer

“We have eliminated more than 50 (terrorists) in the last 40-42 days. Their overall lifespan is negligible, but, yes, it remains a curse for the society. It remains a challenge and a security hazard. So, that is what we are working on. 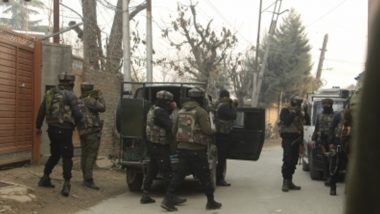 Srinagar, June 25: There are about 150 militants present at the launchpads across the Line of Control (LoC) ready to infiltrate into Jammu and Kashmir while 500 to 700 more are undergoing training at eleven terror camps there, a senior Army officer said on Saturday. He said security forces have successfully thwarted infiltration attempts by the militants along the LoC in the Valley.

“There are about 500 to 700 people at the 11 training camps at Manshera, Kotli and Muzaffarabad across the LoC,” the Army officer, who did not wish to be named, said. As per the intelligence inputs, he said, there are about 150 terrorists at the launchpads in Pakistan Occupied Kashmir ready to infiltrate into J and K.

The officer said there has been no successful infiltration along the LoC in the valley so far this year. “Till May end, everything has been taken care of. There was a particular group which had come and you are aware that it got eliminated at Bandipora and Sopore,” he said, referring to the killing of foreign militants in encounters with the security forces. Jammu & Kashmir: 5 Houses in Srinagar Attached by Police for Harbouring Militants.

The Army officer said militants are now focusing on other infiltration routes other than those that have been identified. “I am not saying that we have put in place a system that ensures zero infiltration. Yes, there is a possibility of infiltration taking place here, but in recent years, the way we have made the fence stronger, the way the deployment has been made including the surveillance equipment, the success rate of infiltration has gone down.

“As a result, what happens is that when there is pressure on one side, they try other sides, the alternate routes. They (militants) are now trying the Rajouri-Poonch routes, the areas of the south of Pir Panjal. The infiltration here (in Kashmir valley) has gone down compared to other routes,” he said here.

He said the focus of infiltration has largely now shifted to the south of Pir Panjal. In fact, there are inputs that some people may have also trickled in via Nepal, he added. The officer said the militant numbers were the “lowest figure that we have in the last few years at all levels” but the numbers will keep on changing. “We have the kinetic domination on the ground.”

“We have eliminated more than 50 (terrorists) in the last 40-42 days. Their overall lifespan is negligible, but, yes, it remains a curse for the society. It remains a challenge and a security hazard. So, that is what we are working on.

“Be it 100 or 150, these numbers will continue till the time the people do not understand the futility of what is happening, till the people do not understand what is right and what is wrong. Till there is the support base, they will remain, but once they (people) shun them, then they will have no way to go, and you will automatically find this entire concept getting eliminated or the numbers coming down,” he added.

Asked whether the Army sees any negative impact of Pakistan's exit from FATF, the senior Army officer said he does not think any state-sponsored activity will take place which can pull the country back into the grey list.

“It is not yet fully out as there is a team yet to come to ascertain things on the ground. If after coming out of it, it again gets involved in such activity, it has the propensity to be pulled back into the grey zone, which will be a big dictating factor.

“I think, having gone into the ceasefire understanding, and seeing what the country is going through at this point in time...there is a lot of turbulence, turmoil, and economic condition does not give them this idea to indulge once again. So, I do not think any such state-sponsored activity will take place, but it can happen at the local level with the ISI's help, especially with a focus on developing leadership as there is none here (in Valley),” he said.