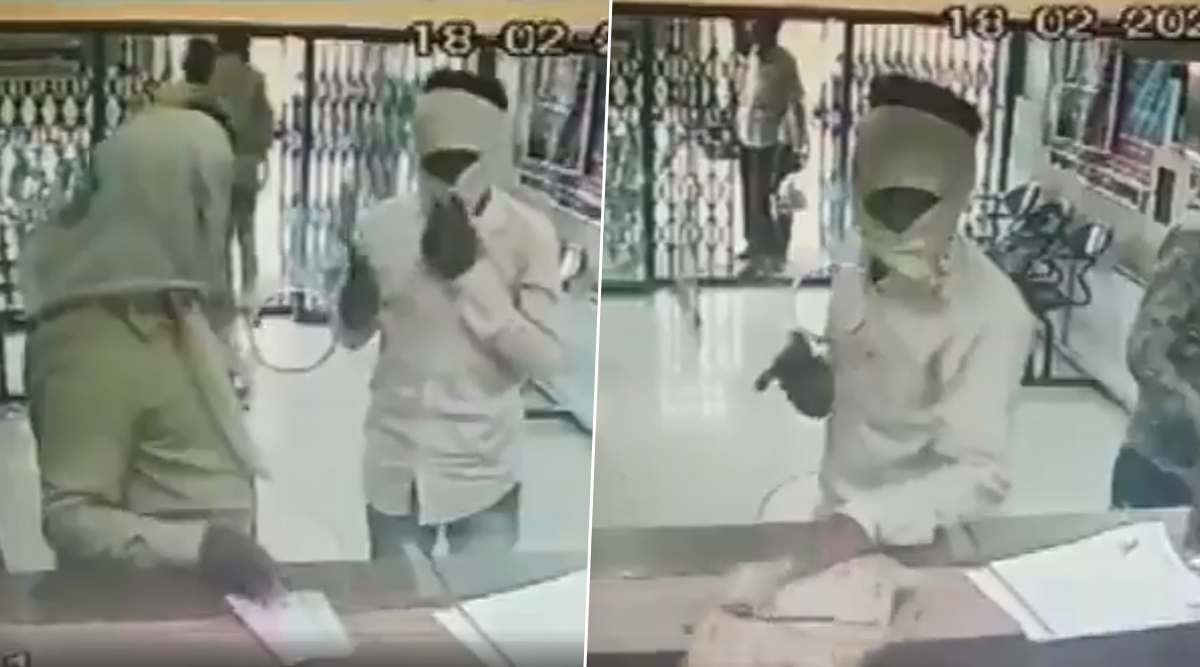 Narsinghpur, February 18: A loot attempt at a bank in Madhya Pradesh was foiled as the cashier displayed presence of mind. The incident took place at Central Bank, in Narsinghpur city's Bargi area. A man armed with an air gun entered the bank and pointed the weapon at the cashier. Instead of panicking, the cashier pressed the siren button which scared the man. The robber fled from the spot. The video of the entire incident surfaced on social media. Jharkhand Bank Robbery: Six Men Loot Over Rs 34 Lakh at Gunpoint From PNB Branch in Santhal Pargana.

The MP police launched an investigation into the matter. Several teams have been formed to nab the accused. ASP Rajesh Tiwari said, “Police reached the spot as soon as we received the information. We inspected the spot, and found several clues.” Bank Robbery in Delhi Caught on Camera: Armed Men Kill Cashier of Corporation Bank Branch in Dwarka, Flee With Over Rs 2 Lakh.

#WATCH MP: A loot attempt at Central Bank, in Narsinghpur city's Bargi area, was foiled today after the cashier pressed the siren button which scared the man who was attempting to loot the bank&he fled from the spot. Police say "We've formed several teams,he'll be arrested soon." pic.twitter.com/fb6NiKWYZ7

Earlier this month, a masked man looted Rs 1.5 Lakhs from Oriental Bank of Commerce in West Delhi’s Tilak Nagar area. The robber fled from the spot after looting the money. The accused was identified as Pankaj Narang. However, within hours of the incident, the Delhi police cracked the case. He was arrested from his residence.