The Punjab and Haryana High Court has observed that a child marriage will be considered valid if the minor does not declare it void on turning 18 and the couple can be separated only though divorce. The court was hearing a divorce plea which was earlier dismissed by the Ludhiana court terming the marriage as 'legally void.' 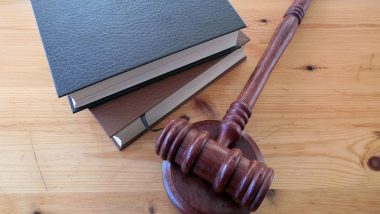 Chandigarh, September 20: While hearing a divorce petition, the Punjab and Haryana High Court observed that a girl who was married off before turning 18 can seek separation from her husband only through divorce if she did not declare such marriage void after attaining adulthood. A petition was filed by the couple, seeking dissolution of their marriage, with a Ludhiana court last year. However, the court had observed that since the woman was a minor when the marriage took place, hence it was not legally valid thereby dismissing the couple's petition.

The Punjab and Haryana High Court ruled that the petition for divorce under Section 13-B of the Hindu Marriage Act, 1955, should have been allowed, and granted divorce to the couple by mutual consent, as reported by the Times of India. The High Court also observed that the Ludhiana court had“wrongly dismissed the petition." The Ludhiana court had cities Section 5(iii) of the Hindu Marriage Act, 1955 while terming the couple's marriage as legally void and dismissing their divorce petition. About 50% Rise in Child Marriage Cases in 2020; Experts Say More Reporting May Be a Factor.

“Since the respondent wife was 17 years, 6 months and 8 days old at the time of marriage, and for all intents and purposes no petition was filed for declaration of her marriage as void by the wife, the petition for divorce under Section 13-B of the Hindu Marriage Act, 1955, should have been allowed," observed Justice Ritu Bahri and Justice Arun Monga, as reported by the Times of India. Rajasthan: Married at 7, This 'Balika Vadhu' Got Freedom After 12 Years.

Reports inform that the couple got married in February 2009, when the girl was still a minor, and had a child in 2010. The duo had sought dissolution of their marriage and filed a divorce petition in the Ludhiana court. After the court dismissed their plea, they moved to Punjab and Haryana High Court and was granted the divorce by mutual consent.

(The above story first appeared on LatestLY on Sep 20, 2021 02:18 PM IST. For more news and updates on politics, world, sports, entertainment and lifestyle, log on to our website latestly.com).