The students of Mizoram University (MZU) on an average have to trek 2-3 km through forested areas to climb atop hills in order to get internet connectivity to appear for their online examinations, as the electronic networks are extremely poor in the northeastern state, especially in the remote and bordering areas. 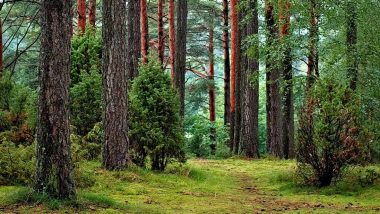 Aizawl, June 6: The students of Mizoram University (MZU) on an average have to trek 2-3 km through forested areas to climb atop hills in order to get internet connectivity to appear for their online examinations, as the electronic networks are extremely poor in the northeastern state, especially in the remote and bordering areas.

In view of the Covid-19 pandemic, the MZU, a central varsity, is conducting online semester exams from June 1 for over 24,000 undergraduate students in various departments and courses, which would continue till June 28. But internet connectivity has turned out to be the biggest hurdle for these students, especially those residing in the remote, hilly and bordering areas.

"We know the students' problems. But various NGOs, students' organisations and college authorities are lending a helping hand by making various makeshift and temporary arrangements in the hilltops or in the elevated locations," said MZU Controller of Examinations, Lalnuntluanga.

Talking to IANS over phone, he said that internet connections are very poor in the state's southern districts -- Saiha, Lawngtlai, Lunglei -- and in Champhai in the eastern part of the state. "All these areas are not only remote and hilly, they are also along the Myanmar and Bangladesh borders," Lalnuntluanga said.

Set up in 2001, MZU, which has 28 affiliated colleges and one constituent college, is the largest university in Mizoram, though a private university -- Institute of Chartered Financial Analysts of India (ICFAI) -- also exists in the state.

The state's most powerful NGO and the largest civil body -- Young Mizo Association (YMA) -- and various students' organisations have set up makeshift and temporary huts on the hilltops and in the high altitude areas to help students access the internet so that they can appear for their exams.

YMA President Vanlalruata said that besides the students, people in the bordering and remote areas also have to struggle a lot to get internet access to perform various tasks, including making online payments. "BSNL and all other telecom service providers must extend their infrastructure to the inaccessible areas," Vanlalruata told IANS.

The makeshift huts made of bamboo, forest hemps, tree branches, banana leaves and tarpaulin have been built on the top of the hills and elevated knolls, which accommodate the temporary eexamination centres'.

It has also constituted a task force to deal with the issue though it has to be resolved by the Union Ministry of Communications, Electronics & Information Technology, he said. A senior BSNL official of the Northeast Circle-One said that currently the authority has no plans to set up new infrastructure or BTS (base transceiver station) in the northeastern states as the central authority is busy with the 4G projects.

"As per the Union Home Ministry's instructions, there are certain restrictions along the international borders in accessing telecommunication service. These restrictions were imposed to prevent the inimical elements from using the network," the official told IANS on condition of anonymity. He said that all the telecom service providers, including BSNL, develop their infrastructure considering the business potentials under the USB (Universal Service Obligation) guidelines.

(The above story first appeared on LatestLY on Jun 06, 2021 10:37 AM IST. For more news and updates on politics, world, sports, entertainment and lifestyle, log on to our website latestly.com).