The sender blackmailed the victim and demanded Rs 10,000 in order to not make his nude video viral on social media. 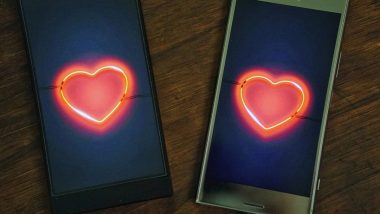 Mumbai, April 3: An MBA student from Andheri East became a victim of online fraud after a girl whom he met on a dating app asked him to do a video call on March 31. Police officials said that when the 24-year-old student made the video call he found that the girl was not wearing any clothes.

According to a report in the Times of India, the alleged incident took place on March 31 when the victim downloaded the dating app. After installing the app, the victim came across a woman named 'Sohina' in one of the chatrooms who asked him to do a video call. During video call, the victim removed his clothes after the woman revealed her identity. Ramzan 2022 Time Table: Sehri and Iftar Timings for 2nd Roza of Ramadan on April 4 in Delhi, Mumbai and Lucknow.

The same night, the victim received a message with the videos of the call on his WhatsApp number. The sender blackmailed the victim and demanded Rs 10,000 in order to not make his nude video viral on social media. Understanding that he was trapped, the victim immediately approached the police and lodged a complaint.

An officer from MIDC police station said. "We have the call data to locate and track the person who made the ransom demand after blackmailing the victim. We have also sought details of the person whose Google Pay number was shared with the victim to transfer Rs 10,000 ransom."

Police officials said that the victim has been staying at Andheri East with a friend for over a month. In his complaint to the police, the victim said that he got trapped after downloading the "Hinge" app.

"The girl, who was wearing no dress, continued chatting with me and asked me to remove my clothes. I did so and the same night, I received a screen recording on his mobile of his images. The sender also messaged a mobile number asking to GPay Rs 10,000 if I do not want the recording to be sent to my family members, and friends and make it viral on social media," the victim claimed in his complaint.

A police officer also said that the victim cross-checked with the girl as to why she kept different names, however, she did not respond. The victim has kept her name as 'Sohina' on the dating app and as 'Shreya Jaiswal' on social media. "The accused has shared the mobile number for G Pay that is in the name of one Sonu Kumar. We are tracking the person." the officer said.

(The above story first appeared on LatestLY on Apr 03, 2022 10:05 PM IST. For more news and updates on politics, world, sports, entertainment and lifestyle, log on to our website latestly.com).