The Ministry of Information and Technology on Wednesday banned PlayerUnknown's Battlegrounds (PUBG) banned. The government also banned 118 other mobile applications. The decision as taken during the meeting of Parliamentary Standing Committee on Information Technology. 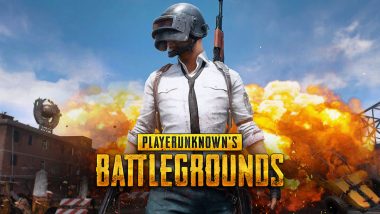 New Delhi, September 2: The Ministry of Information and Technology on Wednesday banned PlayerUnknown's Battlegrounds (PUBG) banned. The government also banned 117 other Chinese mobile applications. The decision as taken during the meeting of Parliamentary Standing Committee on Information Technology. The other mobile apps which banned, include Livik, PUBG MOBILE LITE, WeChat Work & WeChat reading are among the banned mobile apps. The Indian Cyber Crime Coordination Centre, Ministry of Home Affairs has also sent an exhaustive recommendation for blocking these apps. Is PUBG a Chinese App? Here's Everything You Need to About Developers of PlayerUnknown's Battlegrounds Gaming App Banned in India

According to the ministry, According to the Ministry of Electronics and Information Technology, the mobile game has been banned under Section 69A of the Information Technology Act. The ministry in a statement said, "The Ministry of Electronics and Information Technology has received many complaints from various sources including several reports about misuse of some mobile apps available on Android and iOS platforms for stealing and surreptitiously transmitting users’ data in an unauthorized manner to servers which have locations outside India." PUBG Banned in India: Player Unknown Battle Ground, Ludo World Among 118 Chinese Apps Banned, Action Comes After Fresh Chinese Incursion in Ladakh.

Here is the Complete list of Apps banned by the Narendra Modi Government:

Government blocks 118 mobile apps which are prejudicial to sovereignty and integrity of India, Defence of India, Security of State and Public Order: Govt of India

The ministry added that  the move will safeguard the interests of crores of Indian mobile and internet users. "This decision is a targeted move to ensure safety, security and sovereignty of Indian cyberspace," It stated. The development cam days after Chinese troops tried to change status quo in Pangong Tso area. Earlier in June, the Indian government also banned 59 Chinese app and in July  over 45  more Chinese apps were banned.

(The above story first appeared on LatestLY on Sep 02, 2020 05:33 PM IST. For more news and updates on politics, world, sports, entertainment and lifestyle, log on to our website latestly.com).