According to a report, Rakesh Jhunjhunwala is going to invest big in a new airline, to be called Akasa Air, with anticipation that more people will prefer to travel by air in future. 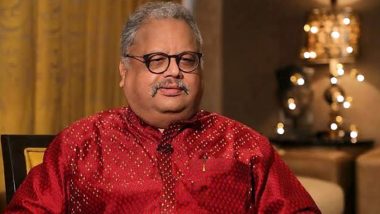 Jhunjhunwala is considering investing $35 million for the new airline and would own 40 percent of the carrier, Bloomberg reported. The mega investor also told Bloomberg that he expects to get a no-objection certificate (NOC) from the Ministry of Civil Aviation in the next 15 days. The team for Akasa Air has a former senior executive of Delta Air Lines on board. Meet Ayush Jain, One of the Youngest Traders in the Stock Market Industry.

Jhunjhunwala's decision to invest in India's aviation sector is seen as a bold bet because two major airlines, Kingfisher and Jet Airways, collapsed in the last decade due to intense fare wars and high costs. "For the culture of a company to be frugal you’ve to start off fresh. I am very, very bullish on India’s aviation sector in terms of demand," Jhunjhunwala was quoted as saying.

For Akasa Air, Jhunjhunwala is looking for aircraft that can carry 180 passengers. He aims to woo flyers with a brand new carrier and low fares. Even before the coronavirus outbreak, airlines in India were struggling. The pandemic affected the aviation sector globally and airlines in India are feeling the brunt. In view of the ongoing situation, Jhunjhunwala's plan looks risky.

(The above story first appeared on LatestLY on Jul 28, 2021 04:30 PM IST. For more news and updates on politics, world, sports, entertainment and lifestyle, log on to our website latestly.com).