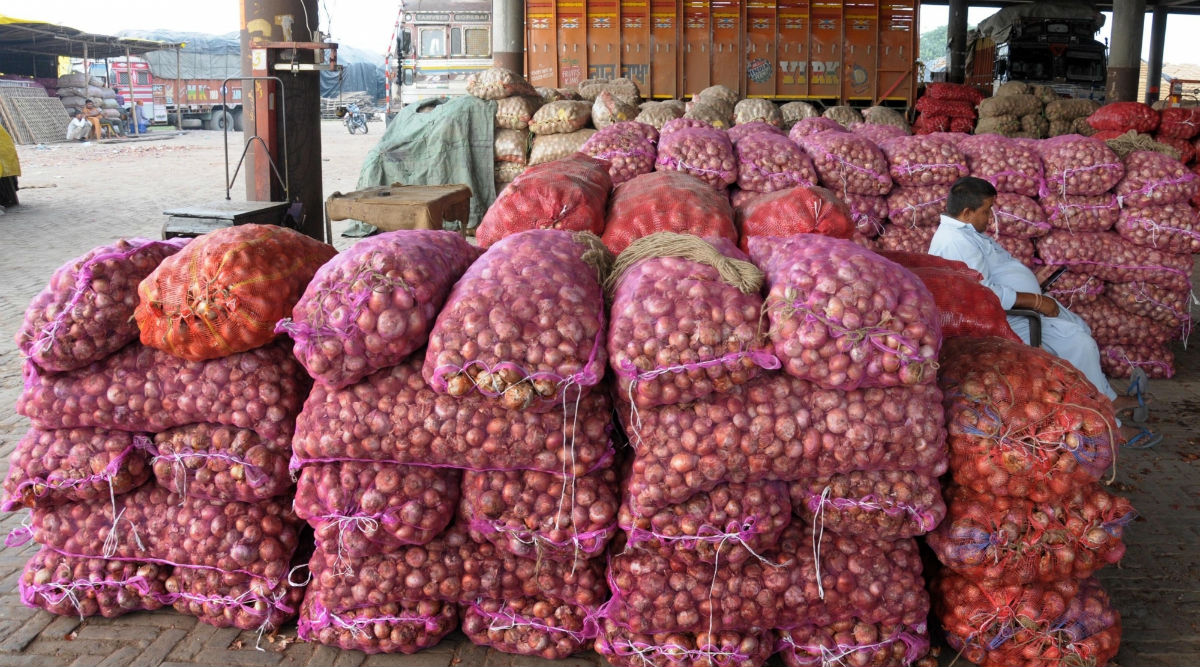 Hyderabad, December 5: Poor and middle-class people in Hyderabad city are having a tough time managing their kitchen supplies as the onion prices have touched Rs 150 kg in the city. "The onion rates remain high in the city. Upper-class people can afford it but poor people cannot. The government should subsidise the rates so that every section of people can purchase them," a local named Komala told ANI.

Another resident of the city and president of Hyderabad Onion Association, Cheguri Venkat Rao, echoed similar sentiments and said, "Onion rates have never reached this high. Due to heavy rains, the crops were destroyed and now the rates have plunged." Onion Price Rise: You May Get IT Notice for Purchasing More Onions, Says Karnataka Congress Leader Dinesh Gundu Rao.

He said that the highest rate in markets for onions stands at Rs 15,000 per 100-kilogram onion and the lowest at Rs 6,000.An onion trader in the city said that the government should come forward and reduce the rates."

The traders who used to purchase five bags now buy only one and people who use to buy five kilogram of onions are now purchasing only half a kilogram. How will the poor people buy onions on these rates?" Srinivas Goud said.

Goud said that the good quality onions are being sold for as high as Rs 150 and damaged onion price are available for Rs 60. Amidst surging prices, state-run trading firm MMTC has placed another onion import order of 4,000 tonnes from Turkey. The shipments are expected to reach by January.