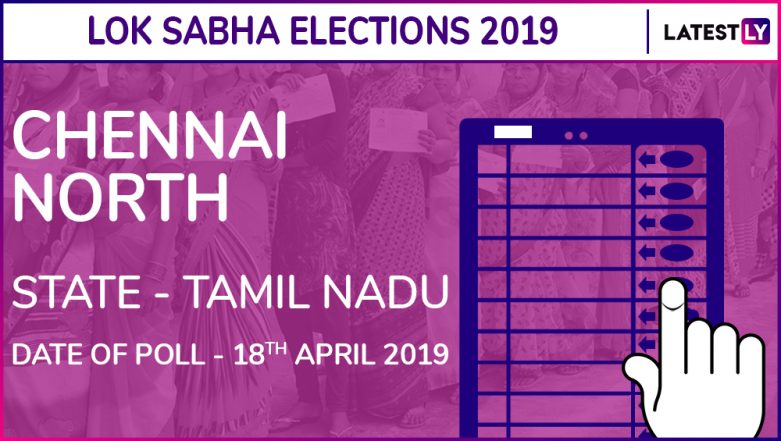 Hyderabad, May 23: Results for the Chennai North Lok Sabha Constituency in Tamil Nadu has been declared by the Election Commission of India (ECI). Dr Kalanidhi Veeraswamy of the Dravida Munnetra Kazhagam (DMK) party has won the seat. The counting of votes for the Chennai North Lok Sabha Constituency began at 8 AM on Thursday, May 23. This is one of the 39 Parliamentary constituencies in Tamil Nadu which went to poll on April 18.  The constituency was formerly known as Madras North.

In the Chennai North constituency, Praveen Kumar of People's Party of India(secular), Sebastin J from the Socialist Unity Centre Of India (Communist), Independent candidate Marimuthu P, Kaliyammal of the Naam Tamilar Katchi party, Alagaapuram R Mohan Raj of the Desiya Murpokku Dravida Kazhagam among others are the official candidates of this constituency.

All the 39 parliamentary constituencies in Tamil Nadu will go for polling in the second phase on April 18. Out of the 39 Lok Sabha seats in Tamil Nadu, the BJP to contest 5 seats while the AIADMK is contesting on 27 seats.

Piyush Goyal, the BJP’s election-in-charge for Tamil Nadu, announced the “mega alliance", wherein the BJP will contest five seats, the PMK in seven and the AIADMK will contest in the remaining 27 Lok Sabha seats in Tamil Nadu.  Tamil Nadu Lok Sabha Elections 2019 Dates: Constituency-Wise Complete Schedule Of Voting And Results For General Elections.