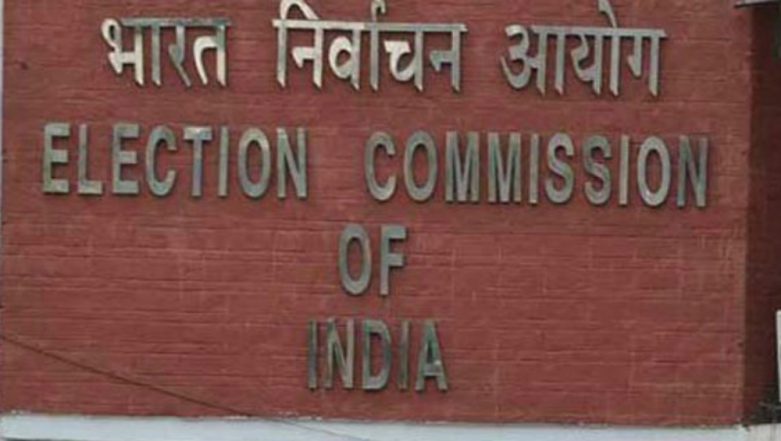 New Delhi, March 9: The Election Commission of India (ECI) on Saturday issued an advisory to all national and state political parties, barring them from using the images of defence personnel as part of their electioneering campaign. The advisory comes in the backdrop of allegations levelled against the ruling BJP of "milking" the Indian Air Force's valour for political gains in the run up to Lok Sabha elections 2019.

The Opposition has accused Prime Minister Narendra Modi's party of including the Indian Army in their electoral hoardings. "They want to politicise the military's operations," said the Congress, adding that the BJP wants to claim credit for the IAF's "pre-emptive" strike on the Jaish-e-Mohammed camp in Pakistan's Balakot. Ex-Navy Chief Writes to Election Commission, Expresses ‘Concern’ Over Political Misuse of Balakot Air Strike.

In the statement issued by the ECI, it called upon all political parties to not to include the armed forces in their propaganda, saying that it is essential to maintain the "neutral" the military's neutral image.

Here's the Statement Issued by ECI:

"It is pertinent to mention that the armed forces of a nation are the guardians of its frontiers, security and the political system. They are apolitical and neutral stakeholders in a modern democracy. It is therefore necessary that political parties and leaders exercise great caution while making any reference to the armed forces in their political campaigns," said the press statement issued by the ECI.

"The Commission is of the view that photographs of chief of army staff or any other defence personnel and photographs of functions of defence forces should not be associated with or used in any manner in advertisement/propaganda/campaigning or in any other manner in connection with elections by political parties and candidates," it added.

Earlier in the day, former Navy chief Admiral L Ramdas wrote to the ECI, expressing dismay over the alleged attempts being made to use the Balakot air strike for political gains.