BJP leaders were fully aware this time that the JD(U) supremo was going to leave the NDA alliance in Bihar but it was quite surprising that the saffron party did not make any effort to persuade him from leaving the NDA alliance. 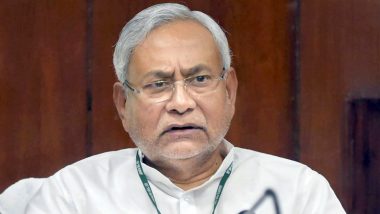 New Delhi, August 10: NDA's ally and Janata Dal (United) supremo Nitish Kumar on Tuesday broke off ties with the Bharatiya Janata Party once again to form an alliance with his political opponent Lalu Prasad Yadav's Rashtriya Janata Dal, paving the way for a 'Mahagathbandhan 2.0' ahead of the 2024 Lok Sabha elections. However, political analysts say there is a major difference between Nitish's exit from the NDA during 2013 and now in 2022.

The JD(U) supremo breaking alliance with the BJP in 2013 and now in 2022 is enough to tell what and how much the former still holds relevance as a leader in the politics of Bihar?

In 2013, Nitish Kumar had left the BJP following his protests against the then Gujarat Chief Minister Narendra Modi but at that time instead of resigning from the Chief Minister's post, he had dismissed the then Deputy Chief Minister Sushil Kumar Modi, including all the ministers from the BJP quota, from his government. At that time the BJP had said that the JD(U) leader left the NDA alliance in a haste. Nitish Kumar to Take Oath As Bihar CM for 8th Time Today.

But in 2022, Nitish Kumar's exit from the NDA is extremely clear. What political decision would he take was predicted in the political circles for a long time?

BJP leaders were fully aware this time that the JD(U) supremo was going to leave the NDA alliance in Bihar but it was quite surprising that the saffron party did not make any effort to persuade him from leaving the NDA alliance. On Monday, sources from the JD(U) planted news reports that a senior BJP leader had spoken to Nitish Kumar before him breaking away from the NDA alliance. However, these reports were immediately denied by the BJP.

This time the BJP did not try to persuade the Bihar Chief Minister for several reasons since the former felt that the latter had already made up his mind to expand his political ambitions in national politics and for this he had to seek help and join hands with Lalu Prasad Yadav in Bihar and the Congress in New Delhi. According to the BJP, the popularity of Nitish Kumar has reduced considerably in Bihar during the last few years.

A top Bihar BJP leader says that the results of the 2020 Bihar Assembly elections have proved that Nitish Kumar's sway on the people of the state has reduced and the people is now looking at the BJP as an alternative party to JD(U).

A BJP leader went a step further while criticising the Bihar Chief Minister, saying that the latter was harming the interests of Bihar due to his political ambitions, selfishness and stubbornness. Bihar Political Crisis Row: Nitish Kumar, Tejashwi Yadav Go to Raj Bhavan To Stake Claim for New Government.

Considering the future political prospects and Nitish's stubborness, the BJP leaders did not make any effort to persuade Nitish Kumar to remain in the NDA alliance and save the coalition government in Bihar.

However, it is evident from the political statements made by Union Ministers Giriraj Singh and Ashwini Choubey and Bihar BJP President Sanjay Jaiswal, including other party leaders that the BJP is going to campaign in Bihar on a mass level and will come up with a strategy to take revenge from Nitish Kumar.

(The above story first appeared on LatestLY on Aug 10, 2022 10:11 AM IST. For more news and updates on politics, world, sports, entertainment and lifestyle, log on to our website latestly.com).