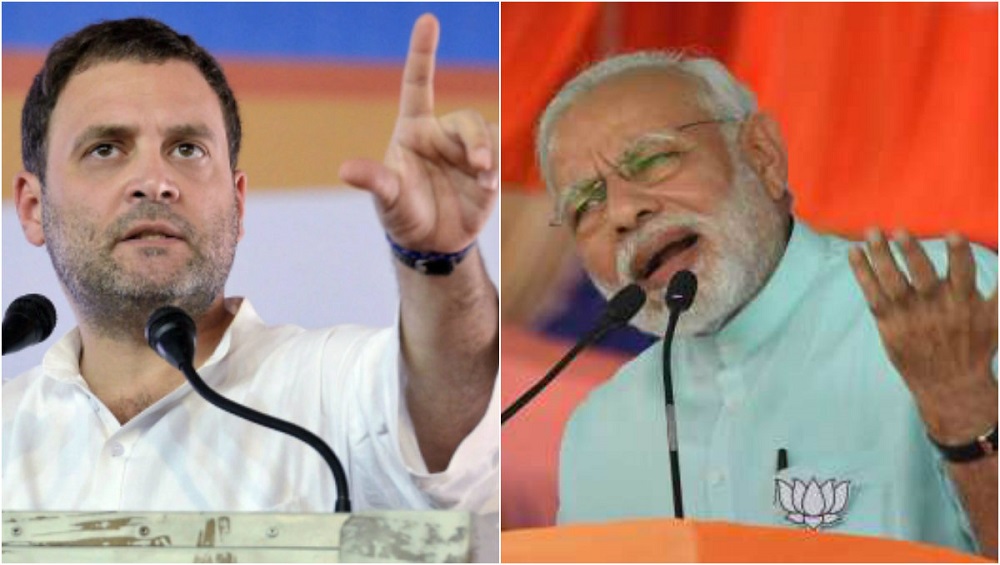 New Delhi, January 13: Senior Congress leader Rahul Gandhi on Monday challenged Prime Minister Narendra Modi to face the students of the country and tell them how is going to set the Indian economy in the right direction. Gandhi also accused PM of lacking guts to speak with the students and alleged that they are being crushed by the use of police.

Speaking to the media after the all party meet in the national capital, Gandhi said, "There is feeling of anger and fear in our students, in weaker sections, in the kisans (farmers). The reason the fear exists is because there is a complete failure, absolute disastrous blanket failure on the economic front and on the employment. Unfortunately, the Prime Minister does not have the guts to do this. He doesn't have the guts to stand in front of the students of the country and so he crushes them using the police." Union Budget 2020: Finance Ministry Should Take Measures to Boost Rural Demand, Says Raghuram Rajan.

Adding more, the Congress leader alleged that BJP government is responsible for the highest unemployment in the country in last 50 years. He said, "Instead of addressing this, instead of going to the students of India and saying.. listen this is what I'm going to do, this is how I'm going to give jobs, this is how I'm going to set the economy right, he (Narendra Modi) is doing the biggest disservice to the nation by diving the nation and distracting the attention. This is not going to help our country. Mr Narendra Modi should stand up and have courage to speak up for the students of the universities and tell them why the Indian economy has become the disaster, why we have the highest unemployment in 50 years."

Rahul Gandhi also challenged PM Modi to visit any university without his security and debate with the students. He said, "He does not have the guts to stand in front of the students of the country and so he crushes them using the police. I challenge the Prime Minister right now to go to any of the universities, to stand over there, without his police, without his infrastructure what he is going to do with this country."

The Congress leader who has been slammed for maintaining silence over the recent violence in the varsities and the atrocities over protests against Citizenship Amendment Act, for the first time attacked PM Modi. Along with him, CPIM general secretary Sitaram Yechury, Jharkhand CM Hemant Soren, CPI leader D Raja, Congress leader AK Antony and others were present.