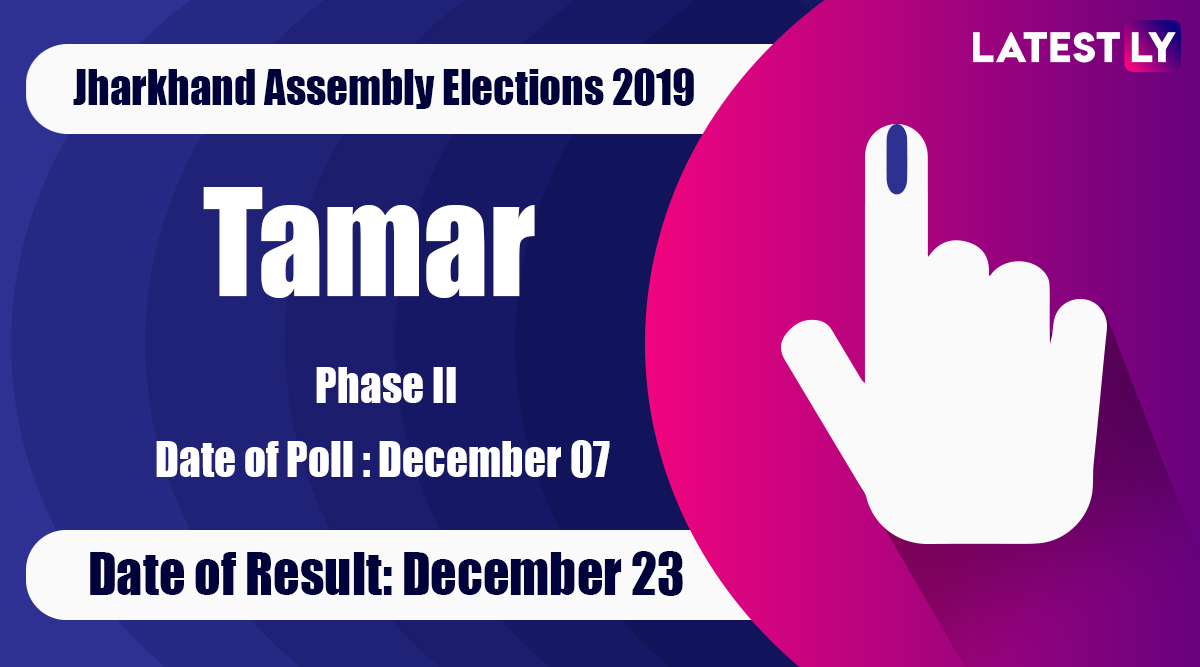 Ranchi, December 7: Tamar, the assembly seat located in Ranchi district of Jharkhand, will vote on December 7 in Jharkhand Assembly Elections 2019. The seat goes to polls in the second phase of elections, scheduled on December 7. The Tamar Assembly constituency has a total of 2.03 lakh voters. Over 50 percent of these voters belong to the Schedule Tribes (ST) category. Phase-Wise List of Seats Going to Polls in Jharkhand.

In 2014, the Tamar seat was won by Vikas Kumar. He defeated Gopal Krishna Patar by over 20,000 votes. Vikas is fighting the elections this time on a Jharkhand Mukti Morcha (JMM) ticket. He will be up against Patar, who is in the fray as an NCP candidate. The BJP has fielded Reeta Devi Munda and the JDU has given ticket to Sunil Singh Munda.