Lakme Fashion Week 2018: Kareena Kapoor Khan, Disha Patani and Sushmita Sen Were the Showstoppers of Some of the Best Collections

We pick the best collections at the Lakme Fashion Week Autumn/Winter 2018. 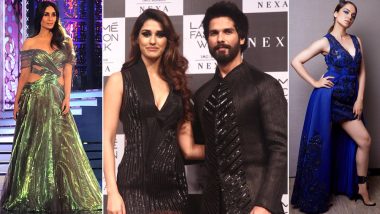 Lakme Fashion Week's Autumn/Winter 2018 collection was a fashion extravaganza, at least that's how we'll describe it in just a few words. The event that saw a host of Bollywood celebrities including Shahid Kapoor, Neha Dhupia, Bipasha Basu, Dia Mirza, Kareena Kapoor Khan and Janhvi Kapoor dazzle as showstoppers was declared a hit since the day one. With designers like Monisha Jaisingh, Nachiket Barve, Payal Singhal, Amit Aggarwal and Anushree Reddy participating this year, it was delightfully refreshing to see their melange of colours displayed so beautifully on the ramp. Though regulars like Manish Malhotra, Anita Dongre, and Sabyasachi Mukherjee gave this festival a miss this year, we were glad to welcome some new names that gave us just the valid reasons to ogle at their stunning creations.

From Kareena Kapoor Khan pulling the curtains down at its finale to Janhvi Kapoor making her ramp debut this year, we pick the best showstoppers and collections from the Autumn/Winter 2018 show and we bet your opinions will resonate with us. Without wasting much of the time, let's quickly go through who wore what and who stood out the most this year. 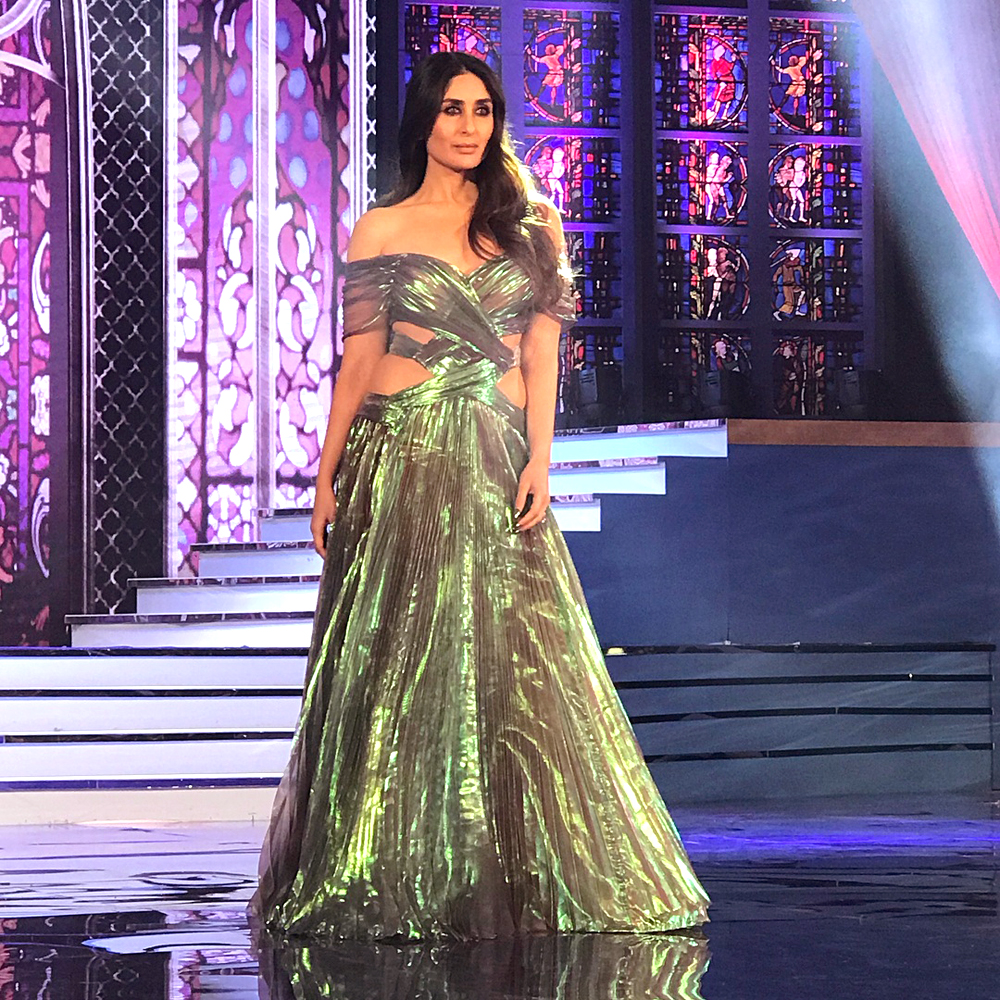 She came, she walked and she ruled our hearts like a Queen. Kareena Kapoor Khan truly deserves the tag of being a diva. The Veere Di Wedding actress was the showstopper for designer Monisha Jaisingh's finale show at Lakme Fashion Week Autumn/Winter 2018 collection and needless to say, Bebo looked divine in that holographic off-shoulder gown. We loved its silhouette and the way she carried it with her signature enviable aplomb. Kareena Kapoor Khan on RK Studios Sale: I Don’t Know How Far What Is Actually Happening 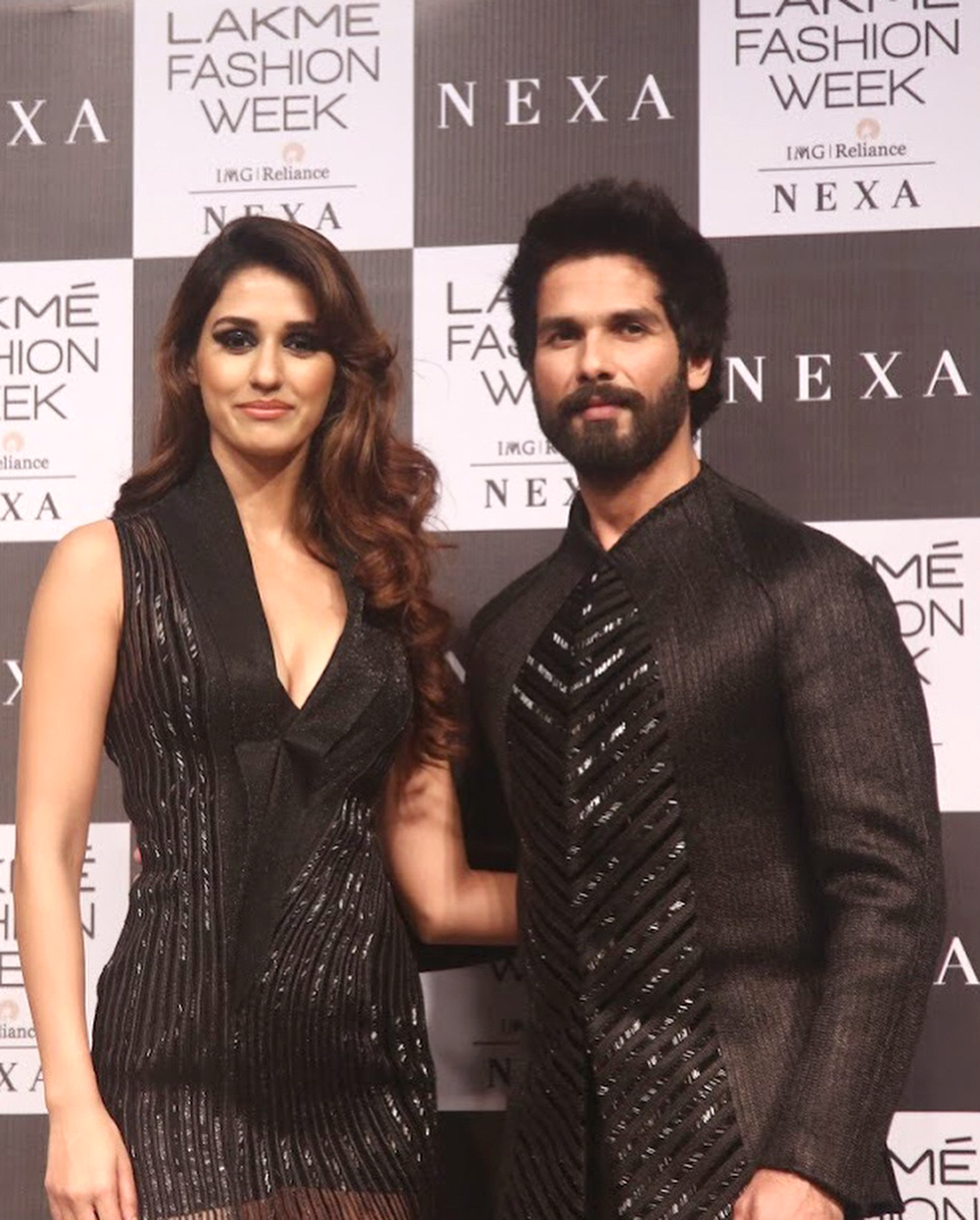 Disha Patani and Shahid Kapoor were successful in casting a black spell in Amit Aggarwal's new collection. Disha wore a metallic yarn corded structured dress with delicate hand embellishments while Sasha was given a metallic tape jacket with similar detailing. While this was one unconventional duo to walk the ramp together, we realised how great they'll look on the big screen someday. We hope filmmakers are reading our suggestion. 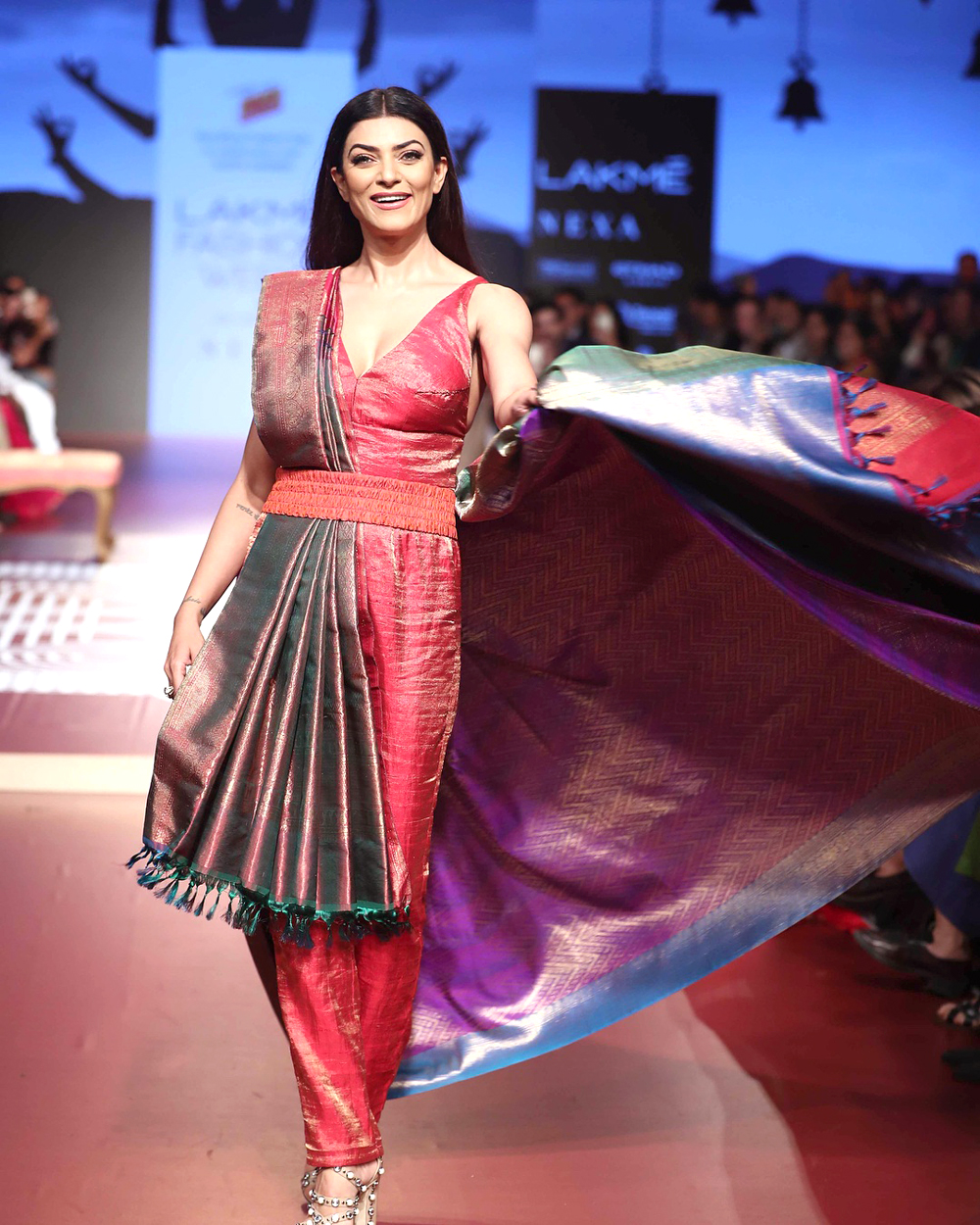 Trust Sushmita Sen to justify your collection. The former Miss Universe walked the ramp for RmKV Silks and Sunita Shanker's new collection that was all about the evolution of Kanjeevaram. The collection was all about layered co-ordinates, evoking a sense of culture and origin. It included sarees teamed with modern silhouettes like capes and jackets, even worn over dresses and skirts. 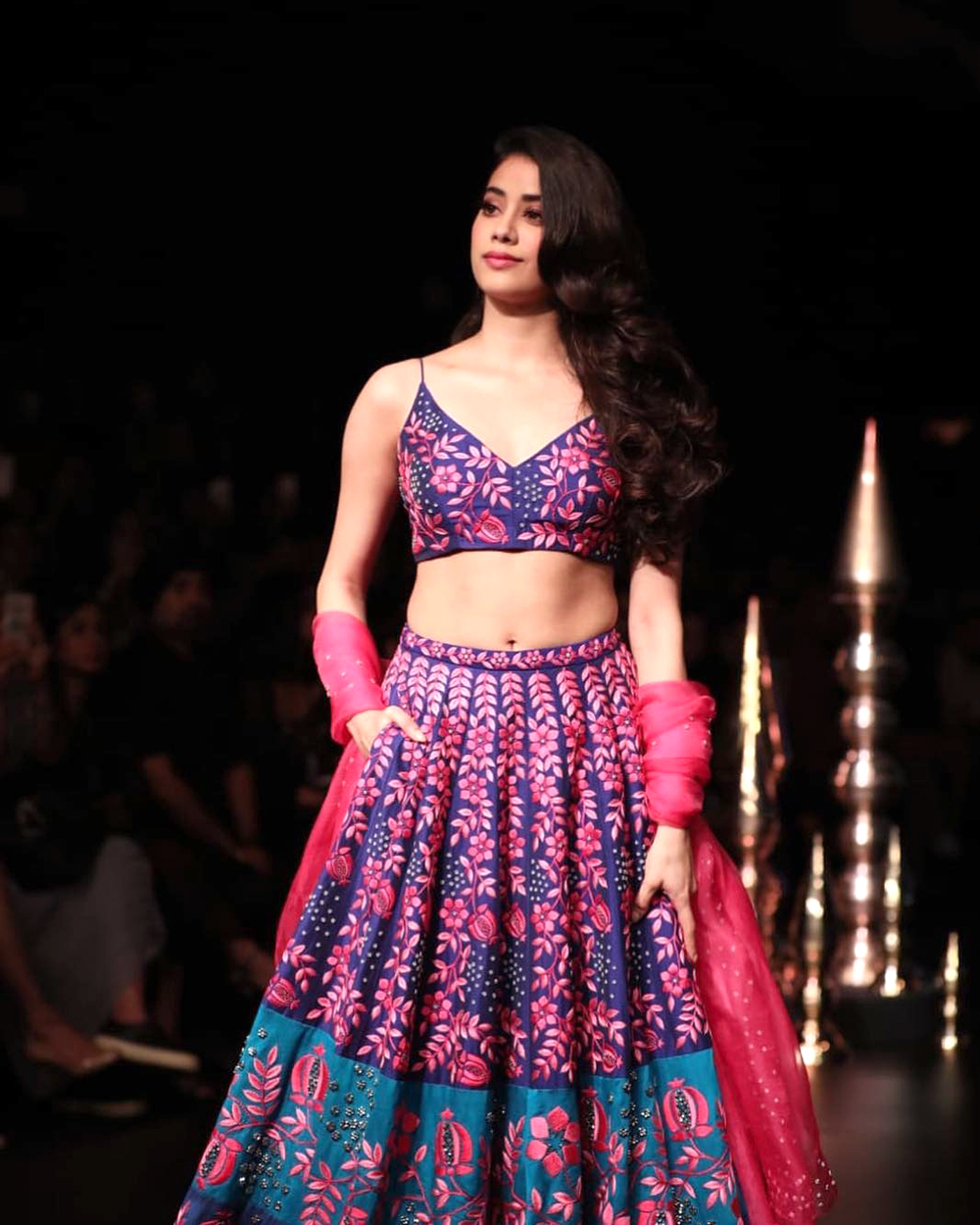 It was Janhvi Kapoor's debut on the ramp this year and she trusted Nachiket Barve with it. The ace designer who has earlier designed outfits for the Bachchan khandaan felt Janhvi would be able to do complete justice to his new collection. The collection that was all about the lehengas with pockets was conceptualised to help girls put their phones and chewing gum when they go to a party. Nachiket believes this is where the innovation meets future. Priyanka Chopra Celebrates her Late Father Ashok Chopra's Birthday with Mommy; Janhvi Kapoor Joins In 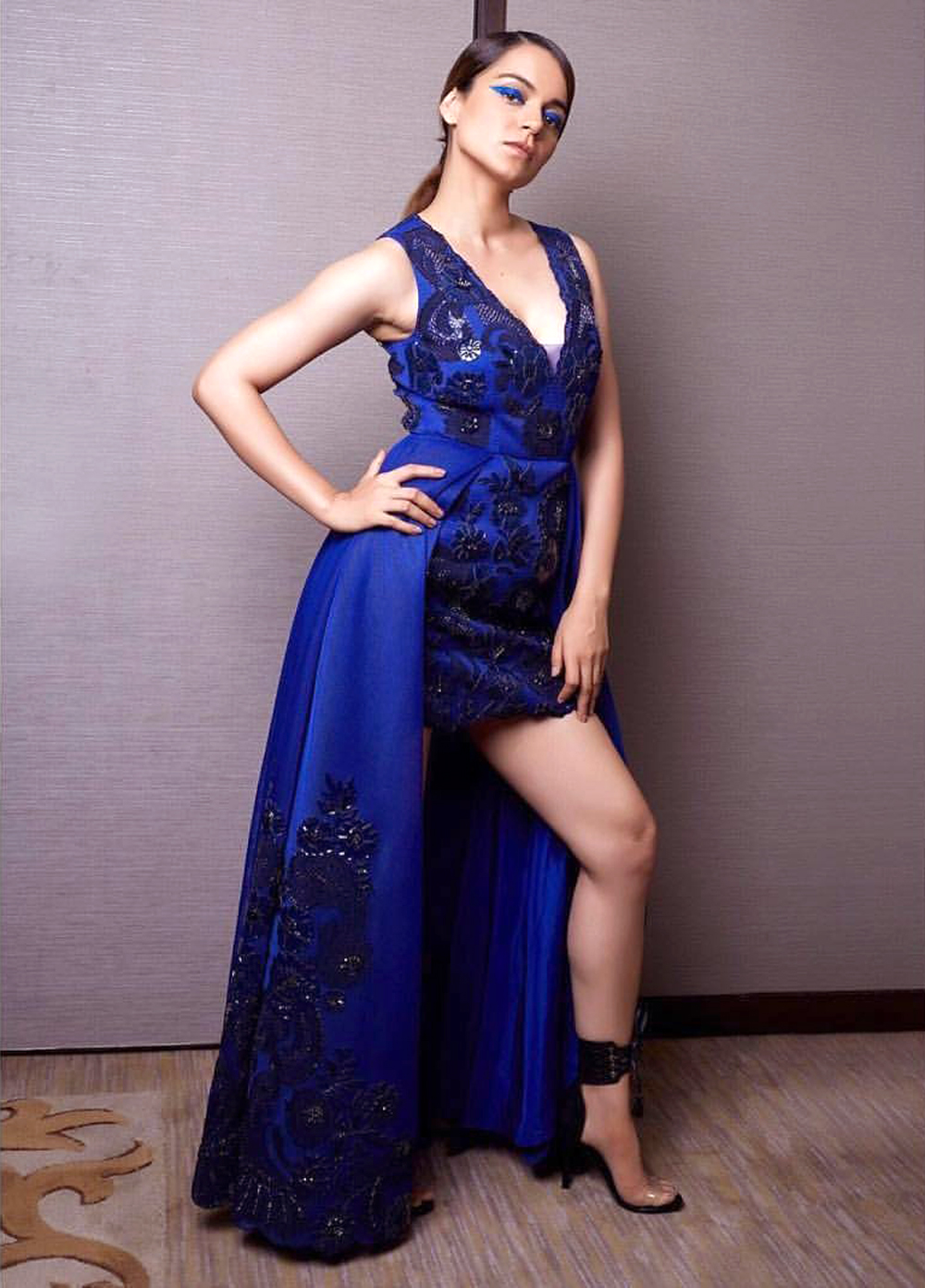 Kangana Ranaut was the showstopper for Pankaj & Nidhi

Kangana Ranaut was the showstopper for Pankaj & Nidhi's new collection that was inspired by Nokia 6.1 Plus. The Manikarnika actress was dressed in double mesh gown, embellished with signature Pankaj & Nidhi patent leather appliqué and encrusted with blue elements in ornamental fleur-de-lis patterns. With no jewellery and just the heavy blue heavy eye makeup, Kangana and the designers decided to her eyes do all the talking.

(The above story first appeared on LatestLY on Aug 27, 2018 03:20 PM IST. For more news and updates on politics, world, sports, entertainment and lifestyle, log on to our website latestly.com).